1915 and the General Theory of Relativity

In 1915, Albert Einstein presented his masterwork to the Prussian Academy of Sciences - a theory of gravity, matter, space and time: the General Theory of Relativity. Einstein himself said it was 'the most valuable theory of my life', and 'of incomparable beauty'. It describes the evolution of the Universe, black holes, the behaviour of orbiting neutron stars, gravitational lensing, and why clocks run slower on the surface of the Earth than in space. It even suggests the possibility of time travel.

And yet we think instead of 1905, the year of Einstein's Special Theory of Relativity and his equation E=mc2, as his annus mirabilis, even though the Special Theory is less far- reaching. Today the General Theory is overshadowed by these achievements, regarded as 'too difficult' for ordinary mortals to comprehend. In Einstein's Masterwork, John Gribbin puts Einstein's astonishing breakthrough in the context of his life and work, and make it clear why his greatest year was indeed 1915. 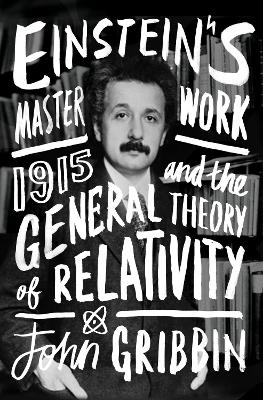 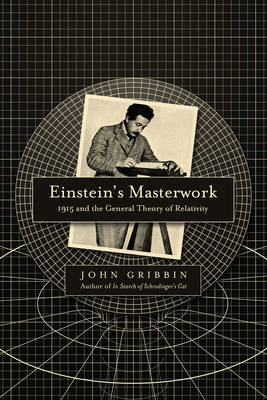 » Have you read this book? We'd like to know what you think about it - write a review about Einstein's Masterwork book by John Gribbin and you'll earn 50c in Boomerang Bucks loyalty dollars (you must be a Boomerang Books Account Holder - it's free to sign up and there are great benefits!)

JOHN GRIBBIN is one of the world's best-known and bestselling popular science authors, described as 'one of the finest and most prolific writers of popular science around' by the Spectator. His numerous books include In Search of Schrodinger's Cat (Bantam, 1984), Science: A History (Penguin, 2010), Erwin Schrodinger and the Quantum Revolution (Black Swan, 2013) and many more. He lives with his wife Mary in Sussex.

Eight Improbable Possibilities: The Mystery of the Moon, and Other Implausible Scientific Truths
$18.39 $22.99

Seven Pillars of Science: The Incredible Lightness of Ice, and Other Scientific Surprises
$18.39 $22.99

In Search of the Multiverse: Parallel Worlds, Hidden Dimensions, and the Ultimate Quest for the Frontiers of Reality
$33.71 $37.46