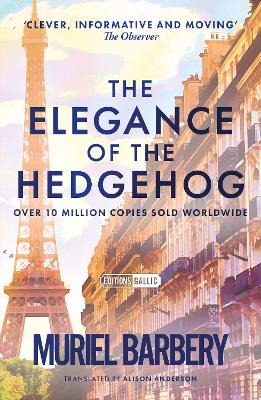 The Elegance of the Hedgehog

Description - The Elegance of the Hedgehog by Muriel Barbery

Renee is the concierge of a grand Parisian apartment building on the Left Bank. To the residents she is honest, reliable and uncultivated an ideal concierge. But Renee has a secret. Beneath this conventional facade she is passionate about culture and the arts, and more knowledgeable in many ways than her self-important employers. Down in her lodge, Renee is resigned to living a lie; meanwhile, several floors up, twelve-year-old Paloma Josse is determined to avoid a predictably bourgeois future, and plans to commit suicide on her thirteenth birthday. But the death of one of their privileged neighbours will bring dramatic change to number 7, Rue de Grenelle, altering the course of both their lives for ever. By turns moving and hilarious, this unusual and insightful novel is now an international publishing sensation, with sales of over 10 million copies. 'Resistance is futile... you might as well buy it before someone recommends it for your book group. Its charm will make you say yes' - The Guardian 'Clever, informative and moving ... this is an admirable novel which deserves as wide a readership here as it had in France' - The Observer 'The novel wins over its fans with a life-affirming message, a generous portion of heart and Barbery's frequently wicked sense of humor' - Time Magazine AUTHOR: Her first book, Une gourmandise, has been translated into twelve languages. She has been a philosophy teacher and lived in France, Japan and the Netherlands.

Buy The Elegance of the Hedgehog by Muriel Barbery from Australia's Online Independent Bookstore, Boomerang Books.

Other Editions - The Elegance of the Hedgehog by Muriel Barbery 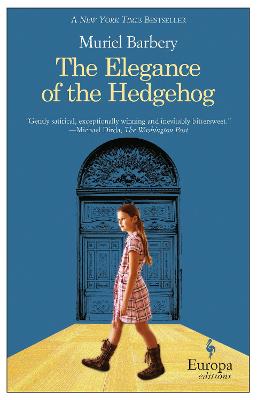 Book Reviews - The Elegance of the Hedgehog by Muriel Barbery

» Have you read this book? We'd like to know what you think about it - write a review about Elegance of the Hedgehog book by Muriel Barbery and you'll earn 50c in Boomerang Bucks loyalty dollars (you must be a Boomerang Books Account Holder - it's free to sign up and there are great benefits!)

Book Review: Elegance of the Hedgehog by Muriel Barbery - Reviewed by rachthevego (08 Jun 2011)

Widow and concierge, Renee, keeps her light hidden under a bushel. A mild mannered and simple caretaker of a prestigious Paris Apartment block by casual observation only the somewhat different residents, a new Japanese gentleman and his Korean assistant and a suicidal teenager from an aristocratic family, notice that Renee is different, special. She is actually a very well read, intellectual. These people become her friends and keep her secret but the question remains as to why she wants to hide her brilliance and who she really is. All is revealed but only on the eve of a tragic accident.

Muriel Barbery is a former lecturer in philosophy and bestselling author. The Elegance of the Hedgehog has gone on to sell more than 6 million copies worldwide and has been described by Le Figaro as `the publishing phenomenon of the decade'.