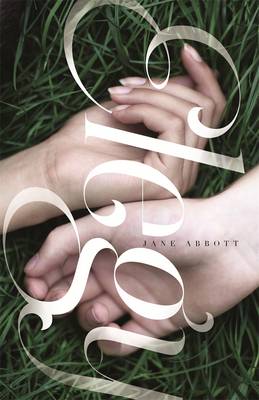 In a small Australian town, the most epic love story in history is unfolding . . . again.

Everybody knows everyone in Kincasey, and nothing ever happens. That's what Jenny thinks when she moves there - until she meets the mysterious Michael Webster.

But when Michael gets into a fight with the town bully, long-held resentments simmer to the surface, loyalties are tested, and Jenny finds herself the centre of attention. Her situation isn't helped by a deepening friendship with Michael's stepbrother, Gabe, or her jealousy of Gabe's beautiful but aloof sister, Caitlin.

Caitlin is the only one who knows the terrible truth- this isn't the first life she and Michael have lived. They have a destiny to fulfil - and it's time for Michael's powers to awaken. But what use is power if it can't give you what you most desire?

» Have you read this book? We'd like to know what you think about it - write a review about Elegy book by Jane Abbott and you'll earn 50c in Boomerang Bucks loyalty dollars (you must be a Boomerang Books Account Holder - it's free to sign up and there are great benefits!)

A single mother of two teenaged boys, Jane was born in the UK, raised in the leafy suburbs of Sydney's North Shore, and now divides her time between Melbourne and central Victoria. Jillaroo, nurse, secretary, short-time teacher, office administrator (followed by a reluctant career in marketing), she has tried her hand at most things and lived in many places. Her second manuscript, Watershed, was written in 2013; it received a Commendation in the 2014 Victorian Premier's Literary Award for an Unpublished Manuscript, and secured Jane a place in the ACT Writers' Hardcopy Professional Development Program for Australian Writers (Fiction Edition), where she met her future literary agent.