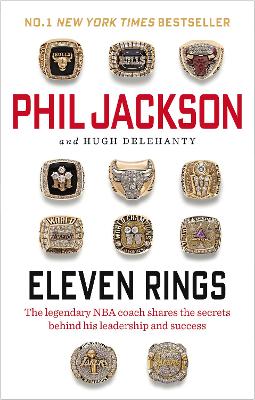 'Part sports memoir, part New Age spirit quest, part pseudo-management tract ... But the primary thing with Jackson - as with all the old bards, who were also known for repeating themselves - is the voice.' - The New York Times

For fans of the hit Netflix docuseries The Last Dance.

During his storied career as head coach of the Chicago Bulls and Los Angeles Lakers, Phil Jackson won more championships than any coach in the history of professional sports. Even more important, he succeeded in never wavering from coaching his way, from a place of deep values. Jackson was tagged as the 'Zen master' half in jest by sportswriters, but the nickname speaks to an important truth- this is a coach who inspired, not goaded; who led by awakening and challenging the better angels of his players' nature, not their egos, fear, or greed.

This is the story of a preacher's kid from North Dakota who grew up to be one of the most innovative leaders of our time. In his quest to reinvent himself, Jackson explored everything from humanistic psychology and Native American philosophy to Zen meditation. In the process, he developed a new approach to leadership based on freedom, authenticity, and selfless teamwork that turned the hyper-competitive world of professional sports on its head.

In Eleven Rings, Jackson candidly describes how he-

- Managed Michael Jordan, the greatest player in the world, and got him to embrace selflessness, even if it meant losing a scoring title

- Transformed Kobe Bryant from a rebellious teenager into a mature leader of a championship team.

Eleven times, Jackson led his teams to the ultimate goal- the NBA championship six times with the Chicago Bulls and five times with the Los Angeles Lakers. We all know the legendary stars on those teams, or think we do. What Eleven Rings shows us, however, is that when it comes to the most important lessons, we don't know very much at all. This book is full of revelations- about fascinating personalities and their drive to win; about the wellsprings of motivation and competition at the highest levels; and about what it takes to bring out the best in ourselves and others. 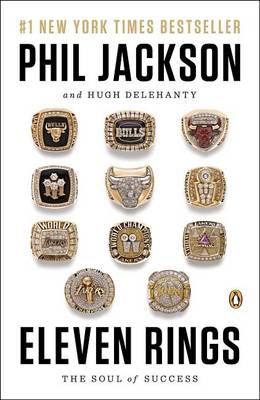 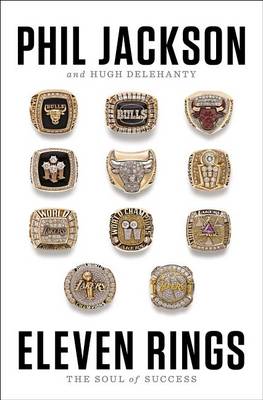 » Have you read this book? We'd like to know what you think about it - write a review about Eleven Rings book by Phil Jackson and you'll earn 50c in Boomerang Bucks loyalty dollars (you must be a Boomerang Books Account Holder - it's free to sign up and there are great benefits!)

PHIL JACKSON is arguably the greatest coach in the history of the NBA. His reputation was established as head coach of the Chicago Bulls from 1989-1998; during his tenure, Chicago won six NBA titles. His next team, the Los Angeles Lakers, won five NBA titles, from 2000 to 2010. He holds the record for the most championships in NBA history as a player and a head coach. He also has the highest winning percentage of any NBA coach (.704). Jackson was a player on the 1970 and 1973 NBA champion New York Knicks. In 2007 Jackson was inducted into the Basketball Hall of Fame. In addition to Eleven Rings, he is also the author of Maverick,Sacred Hoops, and, with his friend Charley Rosen, More Than a Game.

Flash Crash: A Trading Savant, a Global Manhunt and the Most Mysterious Market Crash in History
Liam Vaughan
$26.39 $32.99