Elizabeth Bowen: A Literary Life reinvents Bowen as a public intellectual, propagandist, spy, cultural ambassador, journalist, and essayist as well as a writer of fiction. Patricia Laurence counters the popular image of Bowen as a mannered, reserved Anglo-Irish writer and presents her as a bold, independent woman who took risks and made her own rules in life and writing. This biography distinguishes itself from others in the depth of research into the life experiences that fueled Bowen's writing: her espionage for the British Ministry of Information in neutral Ireland, 1940-1941, and the devoted circle of friends, lovers, intellectuals and writers whom she valued: Isaiah Berlin, William Plomer, Maurice Bowra, Stuart Hampshire, Charles Ritchie, Sean O'Faolain, Virginia Woolf, Rosamond Lehmann, and Eudora Welty, among others. The biography also demonstrates how her feelings of irresolution about national identity and gender roles were dispelled through her writing. Her vivid fiction, often about girls and women, is laced with irony about smooth social surfaces rent by disruptive emotion, the sadness of beleaguered adolescents, the occurrence of cultural dislocation, historical atmosphere, as well as undercurrents of violence in small events, and betrayal and disappointment in romance. Her strong visual imagination-so much a part of the texture of her writing-traces places, scenes, landscapes, and objects that subliminally reveal hidden aspects of her characters. Though her reputation faltered in the 1960s-1970s given her political and social conservatism, now, readers are discovering her passionate and poetic temperament and writing as well as the historical consciousness behind her worldly exterior and writing.

» Have you read this book? We'd like to know what you think about it - write a review about Elizabeth Bowen: A Literary Life book by Patricia Laurence and you'll earn 50c in Boomerang Bucks loyalty dollars (you must be a Boomerang Books Account Holder - it's free to sign up and there are great benefits!) 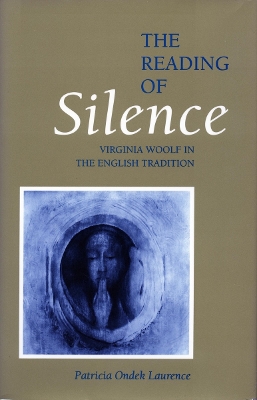