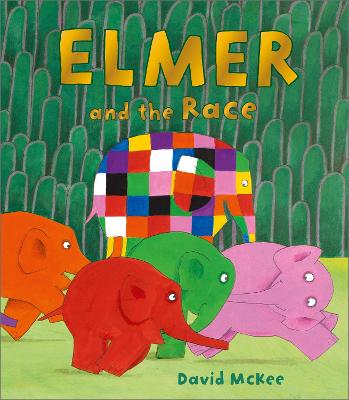 Elmer and the Race

Description - Elmer and the Race by David McKee

The young elephants want to prove who is the fastest, so Elmer and Wilbur organise a race. Each decorated a different colour, the racers set off around the course and discover things about themselves - Blue may be first and Orange second, but White is kind, Pink and Violet are funny and Yellow is a cheat. Luckily Yellow also learns he is very good at saying sorry, so each young elephant gets a medal from Elmer.

Other Editions - Elmer and the Race by David McKee 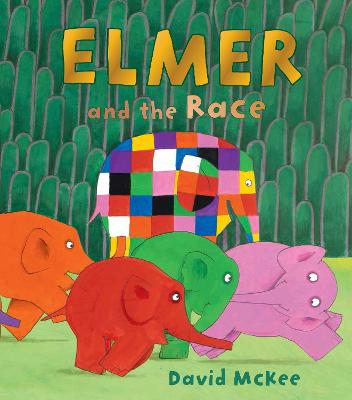 Book Reviews - Elmer and the Race by David McKee

» Have you read this book? We'd like to know what you think about it - write a review about Elmer and the Race book by David McKee and you'll earn 50c in Boomerang Bucks loyalty dollars (you must be a Boomerang Books Account Holder - it's free to sign up and there are great benefits!)

David is the creator of several well-known characters including King Rollo and Mr Benn. His most famous creation is Elmer the Patchwork Elephant which is now published in more than 40 languages and has its own successful global merchandise programme. David McKee was born in Devon and went to Plymouth Art College, where he had a traditional training. On leaving college he drew regularly for, among others, Punch, Reader's Digest, and The Times Educational Supplement. His drawings were influenced especially by Saul Steinberg and Andre Francois. David's first picture book was one of the stories he had told at college, Two Can Toucan. This was published by Abelard-Schuman in 1964 and the version David re-illustrated in 1985 was re-issued in 2001 by Andersen Press. David has written and illustrated over 50 picture books for Andersen Press including 24 original Elmer stories. David lives in Arles, France

To The Bridge: The Journey of Lennie and Ginger Mick
Corinne Fenton
$22.94 $26.99
More Books By David McKee
View All