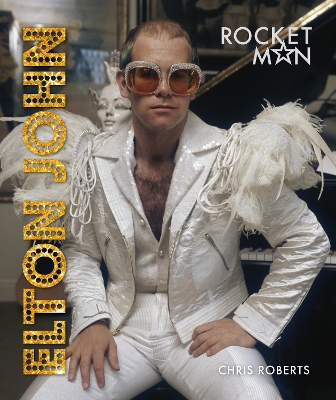 One of the most prolific and commercially successful artists in modern pop music, during a career spanning over half a century Elton John has sold over 300 million records, including Candle In the Wind 1997 the biggest selling single of all time. His achievements in the US charts alone total over 50 hits in the Top 40, with seven consecutive albums making No.1. Musically a child prodigy, by the age of 15 in 1962 Elton had formed his first pop group, Bluesology, and five years later met his long-time songwriting partner Bernie Taupin. Elton released his debut album Empty Sky in 1968, from which came his first big hit, Your Song, in 1970. A spectacularly productive career followed, in which he has released over 30 albums and been the recipient of no less than six Grammy Awards and five Brit Awards. A tireless worker for various charities, including the Elton John AIDS Foundation, in 1998 he received a knighthood. Loved for his approachability and unaffected attitude to stardom, and after a career spanning nearly five decades, he still attracts capacity audiences in some of the largest auditoriums in the world, and fills them effortlessly with charismatic energy, and a musical performance that leaves fans of all ages shouting for more. AUTHOR: Chris Roberts has written about music, films and the arts for everyone from The Guardian to Uncut and currently writes for Classic Rock, Prog, Record Collector and The Quietus. He has published books on Michael Jackson, Beyonce, Kate Moss, Lou Reed, Tom Jones, Abba, Talk Talk, Pharrell Williams, Justin Bieber, Scarlett Johansson, Heath Ledger and others. SELLING POINTS: A celebratory retrospective of one of popular music's most enduring and talented star names Fully illustrated throughout, including rare archive memorabilia and previously unpublished photography To be published in 2019 at the end of his farewell world tour 250 colour images

» Have you read this book? We'd like to know what you think about it - write a review about Elton John: Rocket Man book by Chris Roberts and you'll earn 50c in Boomerang Bucks loyalty dollars (you must be a Boomerang Books Account Holder - it's free to sign up and there are great benefits!)


A Preview for this title is currently not available.
More Books By Chris Roberts
View All