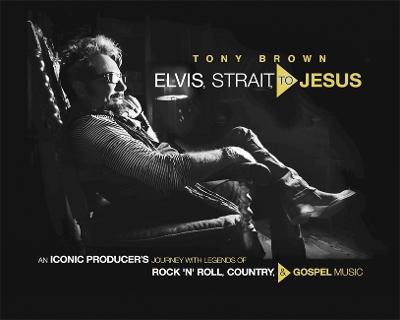 The King of Nashville, Tony Brown, offers a rare photographic journey through his 40-year career--including historical pictures and contemporary portraits of rock, country, and gospel music legends--in which he produced hundreds of #1 country songs that are beloved by millions.From a child pianist banging out hymns in his family's gospel band, to playing keys for Elvis Presley, to producing a string of million-selling hits for artists like George Strait, Reba McEntire, and Trisha Yearwood, Tony Brown's storied career has left a singular impression on American music.Known as the King of Nashville, Tony is adored by the mega-artists whose sounds he was instrumental to crafting, the city he's proud to call home, the millions of fans of of his over 100 number 1 singles, and the aspiring musicians he continues to inspire.The President of MCA Records for nearly two decades and co-founder of Universal South Records, Tony is also referred to as the founder of Americana music, who shook the scene with his edgy signing choices of Steve Earle and Lyle Lovett, before producing a Golden Era of country music from the eighties to the two-thousands, achieving over 100 million in sales.His life, musical legacy, and friendships are celebrated in this keepsake coffee table book, including rare behind-the-scenes images. It also includes contemporary, artful shots

» Have you read this book? We'd like to know what you think about it - write a review about Elvis, Strait, to Jesus book by Tony Brown and you'll earn 50c in Boomerang Bucks loyalty dollars (you must be a Boomerang Books Account Holder - it's free to sign up and there are great benefits!)

Tony Brown is the iconic music producer with over 100 million in record sales and over 100 number one singles to his credit. From humble Carolina roots as a child pianist in his family's band, to backing Elvis Presley on keys, to producing multiple hits for George Strait, Reba McEntire, Trisha Yearwood, and others, Tony's 40-year career has singularly marked musical history. As President of MCA Nashville for nearly two decades and co-founder of Universal South Records, Tony has impacted countless artists' careers and the American cannon of music in multiple genres. Elvis, Strait, to Jesus, the coffee table book celebrating his musical life, legacy, and friendships in pictures, is coming from Center Street in spring 2018.

A Preview for this title is currently not available.
More Books By Tony Brown
View All