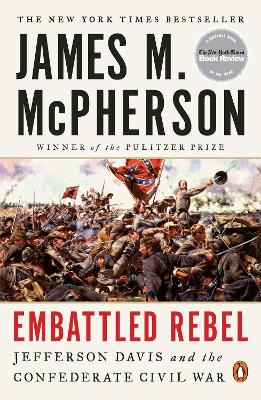 Lucid and concise,Embattled Rebelpresents a fresh perspective on the Civil War as seen from the desk of the South's commander in chief.
From the Pulitzer Prize - winning author of Battle Cry of Freedom, a powerful new reckoning with Jefferson Davis as military commander of the Confederacy
History has not been kind to Jefferson Davis. Many Americans of his own time and in later generations considered him an incompetent leader, if not a traitor. Not so, argues James M. McPherson. In Embattled Rebel, McPherson shows us that Davis might have been on the wrong side of history, but that it is too easy to diminish him because of his cause's failure. Gravely ill throughout much of the Civil War, Davis nevertheless shaped and articulated the principal policy of the Confederacy-the quest for independent nationhood-with clarity and force. He exercised a tenacious hands-on influence in the shaping of military strategy, and his close relationship with Robert E. Lee was one of the most effective military-civilian partnerships in history.

Lucid and concise,Embattled Rebelpresents a fresh perspective on the Civil War as seen from the desk of the South's commander in chief.

'The best concise book we have on the subject . . . James M. McPherson is . . . our most distinguished scholar of the Civil War era.'Steven Hahn,The New York Times Book Review

'Provocative and persuasive . . . a lightning-quick but lingering read that will appeal not only to Civil War buffs but also the those curious about the southern presidency and government.'The Wall Street Journal

'Open minds are in short supply today, so it is refreshing that Civil War scholar and Pulitzer-winning author James M. McPherson has taken a fresh look at a subject with which is he eminently familiar.'Christian Science Monitor 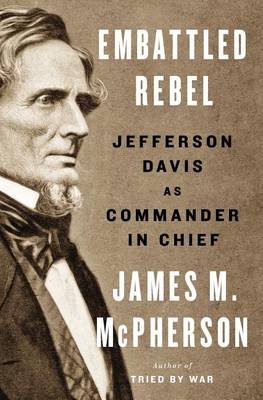 » Have you read this book? We'd like to know what you think about it - write a review about Embattled Rebel book by James M. McPherson and you'll earn 50c in Boomerang Bucks loyalty dollars (you must be a Boomerang Books Account Holder - it's free to sign up and there are great benefits!)

James M. McPherson is the George Henry Davis 86 Professor of History Emeritus at Princeton University. He is the bestselling author of numerous books on the Civil War, including Battle Cry of Freedom, which won the Pulitzer Prize, as well as Tried by War and For Cause and Comrades, both of which won the Lincoln Prize."

A Preview for this title is currently not available.
More Books By James M. McPherson
View All