An Ember in the Ashes

Description - An Ember in the Ashes by Sabaa Tahir

Read the explosive New York Times bestselling debut that's captivated readers worldwide. Set to be a major motion picture, An Ember in the Ashes is the book everyone is talking about. Under the Martial Empire, defiance is met with death.

When Laia's grandparents are brutally murdered and her brother arrested for treason by the empire, the only people she has left to turn to are the rebels.

But in exchange for their help in saving her brother, they demand that Laia spy on the ruthless Commandant of Blackcliff, the Empire's greatest military academy. Should she fail it's more than her brother's freedom at risk . . . Laia's very life is at stake.

There, she meets Elias, the academy's finest soldier. But Elias wants only to be free of the tyranny he's being trained to enforce. He and Laia will soon realize that their destinies are intertwined - and that their choices will change the fate of the Empire itself.

Buy An Ember in the Ashes by Sabaa Tahir from Australia's Online Independent Bookstore, Boomerang Books.


Other Editions - An Ember in the Ashes by Sabaa Tahir 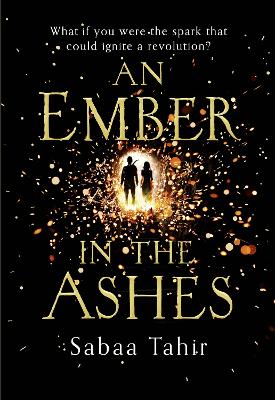 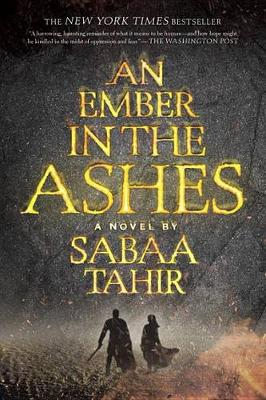 Book Reviews - An Ember in the Ashes by Sabaa Tahir

» Have you read this book? We'd like to know what you think about it - write a review about Ember in the Ashes book by Sabaa Tahir and you'll earn 50c in Boomerang Bucks loyalty dollars (you must be a Boomerang Books Account Holder - it's free to sign up and there are great benefits!)

Sabaa Tahir grew up in California's Mojave Desert at her family's eighteen-room motel. There, she spent her time devouring fantasy novels, raiding her brother's comic book stash, and playing guitar badly. She began writing An Ember in the Ashes while working nights as a newspaper editor. She likes thunderous indie rock, garish socks, and all things nerd. Sabaa currently lives in the San Francisco Bay area with her family.

The Belles: The NYT bestseller by the author of TINY PRETTY THINGS
Dhonielle Clayton
$15.11 $17.99