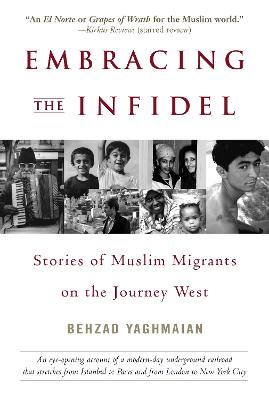 An eye-opening personal account of an epic human drama, Embracing the Infidel takes us on an astounding journey along a modern-day underground railroad that stretches from Istanbul to Paris. In this groundbreaking book, Iranian-American Behzad Yaghmaian has done what no other writer has managed to do-as he enters the world of Muslim migrants and tells their extraordinary stories of hope for a new life in the West.

In a tent city in Greece, they huddle together. Men and women from Iraq, Sudan, Afghanistan, Iran, and other countries. Most have survived war and brutal imprisonment, political and social persecution. Some have faced each other in battle, and all share a powerful desire for freedom. Behzad Yaghmaian lived among them, listened to their hopes, dreams, and fears-and now he weaves together dozens of their stories of yearning, persecution, and unwavering faith. We meet Uncle Suleiman, an Iraqi veteran of the Iran-Iraq war; once imprisoned by Saddam Hussein, he is now a respected elder of a ramshackle tent city in Athens, offering comfort and community to his fellow travelers...Purya, who fled Iran only to fall into the clutches of human smugglers and survive beatings and torture in Bulgaria...and Shahroukh Khan, an Afghan teenager whose world at home was shattered twice-once by the Taliban and again by American bombs-but whose story turns on a single moment of awakening and love in the courtyard of a Turkish mosque.

A chronicle of husbands separated from wives, children from parents, Embracing the Infidel is a portrait of men and women moving toward a promised land they may never reach-and away from a world to which they cannot return. It is an unforgettable tale of heartbreak and prejudice, courage, heroism, and hope.

Other Editions - Embracing The Infidel by Behzad Yaghmaian 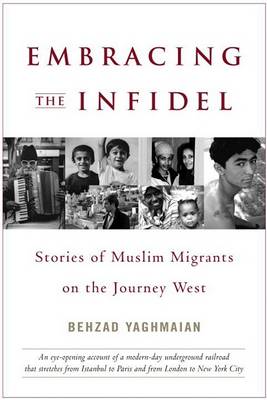 » Have you read this book? We'd like to know what you think about it - write a review about Embracing The Infidel book by Behzad Yaghmaian and you'll earn 50c in Boomerang Bucks loyalty dollars (you must be a Boomerang Books Account Holder - it's free to sign up and there are great benefits!)

Iranian-born American citizen, Behzad Yaghmaian has traveled extensively in both the Third World and Europe. From 1998 to 1999 he was a columnist for the popular Iranian newspaper Neshat, and over the past fifteen years he has studied, taught, and written about issues of political economy, globalization, and the Middle East. He is currently a professor at Ramapo College in New Jersey, and the author of Social Change in Iran: An Eyewitness Account of Dissent, Defiance, and New Movements for Rights. From the Hardcover edition.

A Preview for this title is currently not available.
More Books By Behzad Yaghmaian
View All