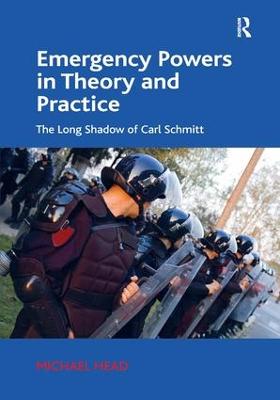 Emergency Powers in Theory and Practice

The Long Shadow of Carl Schmitt

Description - Emergency Powers in Theory and Practice by Michael Head

Why have the early years of the 21st century seen increasing use of emergency-type powers or claims of supra-legal executive authority, particularly by the Western countries regarded as the world's leading democracies, notably the United States? This book examines the extraordinary range of executive and prerogative powers, emergency legislation, martial law provisos and indemnities in countries with English-derived legal systems, primarily the UK, the US and Australia. The author challenges attempts by legal and academic theorists to relativise, rationalise, legitimise or propose supposedly safe limits for the use of emergency powers, especially since the September 2001 terrorist attacks. This volume also considers why the reputation of Carl Schmitt, the best-known champion of 'exceptional' dictatorial powers during the post-1919 Weimer Republic in Germany, and who later enthusiastically served and sanctified the Nazi dictatorship, is being rehabilitated, and examines why his totalitarian doctrines are thought to be of relevance to modern society. This diverse book will be of importance to politicians, the media, the legal profession, as well as academics and students of law, humanities and politics.

Other Editions - Emergency Powers in Theory and Practice by Michael Head 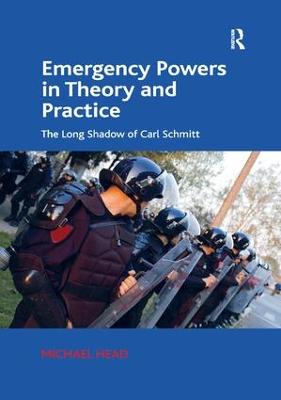 » Have you read this book? We'd like to know what you think about it - write a review about Emergency Powers in Theory and Practice book by Michael Head and you'll earn 50c in Boomerang Bucks loyalty dollars (you must be a Boomerang Books Account Holder - it's free to sign up and there are great benefits!)

Michael Head is Professor of Law, University of Western Sydney, Australia. He has published a substantial range of books and refereed articles relating to public law, legal theory and civil liberties.

The Archive of Life: Adapting a Foucaultian Power and Powerlessness of Society with a Focus on Alice Springs
$89.15 $99.05

Society as Service/Service as Society: A Bordieuan Presence through Voices of Alice Springs
$108.95 $121.06