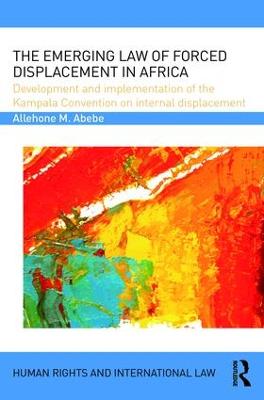 The Emerging Law of Forced Displacement in Africa

Development and implementation of the Kampala Convention on internal displacement

Description - The Emerging Law of Forced Displacement in Africa by Allehone M. Abebe

As of the end of 2015, there were 40.8 civilians who had been internally displaced by conflicts and effects of natural disasters in various parts of the world. Internally displaced persons (IDPs) are currently the largest group of persons receiving assistance from some of the main international humanitarian organisations. With the largest concentration of internally displaced persons (IDPs), the African continent has been the worst affected region. While previously IDPs have largely been neglected under international law, the first-ever continental binding treaty on internal displacement, the African Union Convention on the Protection of and Assistance to Internally Displaced Persons (the Kampala Convention), entered into force on 6 December 2012. As of January 2016, 25 states have ratified the instrument while 40 states have become signatories.

This book significantly contributes to the study, policy making and practice on managing internal displacement by presenting the first major systematic examination of the evolution, elements and implementation of the Kampala Convention. It explores the responsibility of the state for the protection of IDPs particularly those who are most vulnerable during armed conflicts, internal strife, natural disasters, human rights violations and other circumstances. The status of ratification of the Convention is reviewed as well as the steps currently being undertaken by governments to implement the Convention. It also analyses the contribution by human rights mechanisms, inter-governmental bodies and UN peace-keeping missions in the implementation of the Convention. The book casts the Kampala Convention in broader institutional and normative developments in Africa and beyond. It demonstrates how concepts such as 'responsibility to protect' and 'sovereignty as responsibility' have begun to make inroads; influencing some of the more progressive instruments adopted by the African Union. It also sheds light on the relationship between the Convention and some regional instruments. In assessing the effectiveness of the Kampala Convention Allehone Abebe argues that the link between the Convention and initiatives on development, human rights and governance in Africa should be fully fostered.

Other Editions - The Emerging Law of Forced Displacement in Africa by Allehone M. Abebe 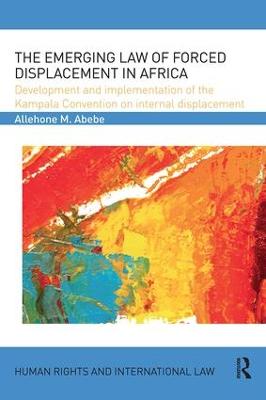 » Have you read this book? We'd like to know what you think about it - write a review about Emerging Law of Forced Displacement in Africa book by Allehone M. Abebe and you'll earn 50c in Boomerang Bucks loyalty dollars (you must be a Boomerang Books Account Holder - it's free to sign up and there are great benefits!)

Allehone M. Abebe is a Senior Protection Officer (UNHCR). He served as a senior diplomat at the Permanent Mission of Ethiopia in Geneva (2007-2011). He has written widely on human rights, migration and forced displacement. The views expressed herein are those of the author(s) and do not necessarily reflect the views of the United Nations.

A Preview for this title is currently not available.
More Books By Allehone M. Abebe
View All