As She Preserved Them Annotated edition

Emily Dickinson's Poems: As She Preserved Them is a major new edition of Dickinson's verse intended for the scholar, student, and general reader. It foregrounds the copies of poems that Dickinson retained for herself during her lifetime, in the form she retained them. This is the only edition of Dickinson's complete poems to distinguish in easy visual form the approximately 1,100 poems she took pains to copy carefully onto folded sheets in fair hand--arguably to preserve them for posterity--from the poems she kept in rougher form or apparently did not retain. It is the first edition to include the alternate words and phrases Dickinson wrote on copies of the poems she retained. Readers can see, and determine for themselves, the extent to which a poem is resolved or fluid.

With its clear and uncluttered pages, the volume recommends itself as a valuable resource for the classroom and to general readers. A Dickinson scholar, Cristanne Miller supplies helpful notes that gloss the poet's quotations and allusions and the contexts of her writing. Miller's Introduction describes Dickinson's practices in copying and circulating poems and summarizes contentious debates within Dickinson scholarship.

Emily Dickinson's Poems: As She Preserved Them brings us closer to the writing practice of a crucially important American poet and provides new ways of thinking about Dickinson, allowing us to see more fully her methods of composing, circulating, and copying than previous editions have allowed. It will be valued by all readers of Dickinson's poetry.

» Have you read this book? We'd like to know what you think about it - write a review about Emily Dickinson's Poems book by Emily Dickinson and you'll earn 50c in Boomerang Bucks loyalty dollars (you must be a Boomerang Books Account Holder - it's free to sign up and there are great benefits!)

Cristanne Miller is a SUNY Distinguished Professor and Edward H. Butler Professor of Literature at the University at Buffalo in New York. 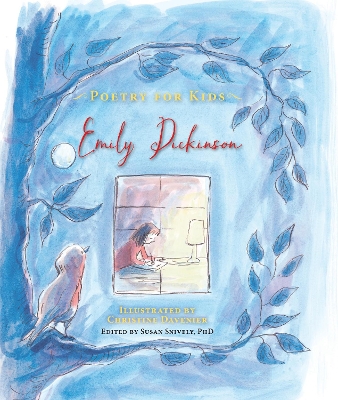