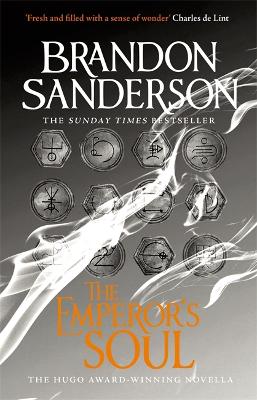 From the bestselling author of the Mistborn Trilogy and co-author of the final three books of Robert Jordan's Wheel of Time series comes the tale of a heretic thief who may be an Empire's only hope for survival.Shai is a Forger: a foreigner who can flawlessly re-create any item by rewriting its history using skillful magic . . . although she's currently condemned to death after trying to steal the emperor's sceptre, she has one last opportunity to save herself. The emperor has barely survived an assassination attempt, he needs a new soul and, despite viewing her skill as a Forger an abomination, her captors have turned to Shai for help.Skillfully deducing her captors plans, Shai know the first thing she needs is a perfect escape plan. but in the meantime, her fate and that of the empire lies in completing an impossible task: is it possible to create a forgery so convincing that it's better than the soul itself?

Other Editions - The Emperor's Soul by Brandon Sanderson 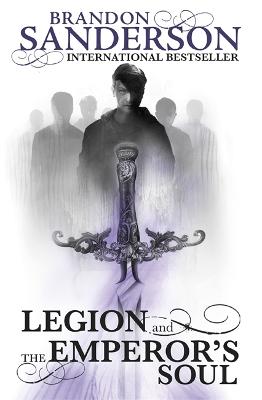 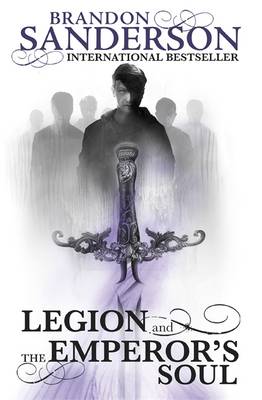 » Have you read this book? We'd like to know what you think about it - write a review about Emperor's Soul book by Brandon Sanderson and you'll earn 50c in Boomerang Bucks loyalty dollars (you must be a Boomerang Books Account Holder - it's free to sign up and there are great benefits!)

Brandon Sanderson was born in Nebraska in 1975. Since then he has written, amongst others The Mistborn books and begun the internationally bestselling Stormlight Archive. He was also chosen by Robert Jordan's family to complete Jordan's Wheel of Time Sequence. He lives in Utah.Visit his website at http://www.brandonsanderson.com, follow him on Twitter at https://twitter.com/BrandSanderson and like him on Facebook at https://www.facebook.com/BrandSanderson. Read his blogs at http://mistborn.blogspot.co.uk andhttp://mistborn.livejournal.com.

Life In The Flames
Chris Morphew
$16.59 $19.99
More Books By Brandon Sanderson
View All