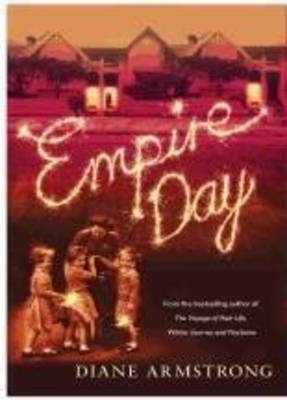 A heart-warming novel in the tradition of CLOUDStREEt and tHE HARP IN tHE SOUtH Empire Day, 1948. A back street in Bondi is transformed as the fireworks of Cracker Night cast a magical glow over its humble cottages. But Australia as a whole is being transformed in this postwar era and the people of Wattle Street know that life will never be the same again. the 'reffos' have moved in, and their strange ways are threatening the comfortable world of salt-of-the-earth locals like Pop Wilson, deserted mum Kath and sharp-tongued Maude McNulty. With suspicious and disapproving eyes, the Australians observe their new neighbours - mysterious Mr Emil, fragile young Lilija and all the other Europeans starting their lives afresh. Mistrust and misunderstandings abound on both sides. to Hania, an angry teenager struggling to cope with her hysterical mother, and to Sala, an unhappily married woman trying to blot out her traumatic wartime past, the Australians appear enviably carefree. But behind closed doors, Old as well as New Australians suffer secret heartaches. As the smoke of fires past and present gradually disperses and the lives of the two groups entwine, unexpected relationships form that bring passion and tragedy for some, and forgiveness and resolution for others. EMPIRE DAY is a dramatic and heart-warming novel in the tradition of CLOUDStREEt and tHE HARP IN tHE SOUtH. It confirms Diane Armstrong as one of our most gifted and compelling storytellers.

» Have you read this book? We'd like to know what you think about it - write a review about Empire Day book by Diane Armstrong and you'll earn 50c in Boomerang Bucks loyalty dollars (you must be a Boomerang Books Account Holder - it's free to sign up and there are great benefits!)

It's a sad indictment on education of Australians of their own history that I had never heard of Empire Day (read more about it here until reading this book. Once celebrated on the 24th May usually with bonfires, crackers, parades and street parties It had fizzled out in the 1960's, long before I was born. Armstrong begins her novel with the occupants of Wattle Street, in a northern beach suburb of Sydney, on the night of the festivities. While the Australian born families gossip together, watching the children delight in the exploding crackers, the newest residents of Wattle Street are reluctant to join them. Hania's mother at first thought the explosions were gunfire and pulled her daughter away from the window terrified, Emil Bronstein can barely breathe, the smell of cordite triggering horrific memories while others remain behind closed curtains, silent and watchful. Empire Day is a novel that explores the changes in Australian society after WW2 when the Australian government invited large numbers of refuges to settle in the country. Known as 'reffo's', with the characteristic habit of Australian's assigning everyone and everything a nickname, the majority of migrants were survivors of the Nazi regime in Eastern Europe. Many hoped Australia would provide a haven and having lost everything, migrating was an opportunity to start fresh and escape the horrific memories of death and destruction. Yet adjusting was rarely easy, everything was unfamiliar from the landscape to the expectations to the language and Armstrong's characters are representative of the struggle the New Australian's faced to establish a new life. While many Australians welcomed the reffo's there were those who were suspicious of them simply because they were foreign. Armstrong gives a balanced account of their experiences, as well as giving each an individual story. The size of the cast is quite ambitious but they are a pleasure to get to know. Sala married Szymon in haste and is regretting the impulse to migrate, Emil mourns the loss of his children and his quiet manner makes him a target of suspicion, Eda hides a painful secret while her daughter, Hania, barely tolerates her and Lilijana's father refuses to let her date. The New Australian's are not the only characters having trouble in Empire Day, Kath is a single mother of four whose oldest son contracts Polio, Ted is looking for his big break as a rookie reporter and all the while, elderly Ms McNulty stirs up trouble. My only complaint stems from the plot conveniences that link several events and characters just a little too neatly but it is a minor quibble given the richness of the story.

Empire Day is a enjoyable and insightful glimpse into Australian society in the early 1950's. Based in part I am sure of the experiences of Armstrong's immigrant family who she wrote about in Mosaic: A Chronicle of Five Generations this is a must read for all Australians.