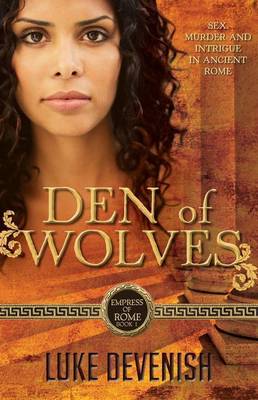 "Sex, murder, corruption and intrigue at the dawning of the Roman Empire. It is 44 BC and the rival powers of Rome are driving the republic to a violent end. A soothsayer foretells that the young Tiberius Nero, if he is wed to his cousin, the darkly beautiful Livia Drusilla, will sire four kings of Rome. Fuelled by ambition, Livia devotes her life to fulfilling the prophecy. No crime is too great when destiny beckons. So begins a murderous saga of sex, corruption and obsession at the dawning of the age of emperors. Narrated by the 100-year-old slave Iphicles, Den of Wolves brings to life the great women of imperial Rome Livia, Julia, Antonia and Agrippina women who relied on their ambition, instincts and cunning to prosper. In this first book of the dramatic new series Empress of Rome, Luke Devenish superbly recreates these outstanding women who lived in such monstrous times."

Other Editions - Empress Of Rome 1 by Luke Devenish 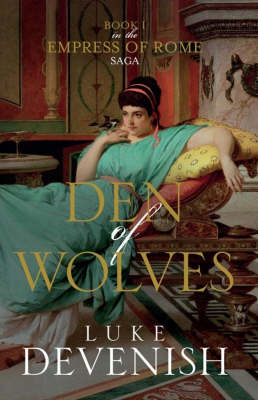 » Have you read this book? We'd like to know what you think about it - write a review about Empress Of Rome 1 book by Luke Devenish and you'll earn 50c in Boomerang Bucks loyalty dollars (you must be a Boomerang Books Account Holder - it's free to sign up and there are great benefits!)

Luke Devenish is a scriptwriter, novelist, playwright and lecturer. Head Writer with Neighbours from 2001 to 2007, he worked in key creative roles including Script Producer, Story Editor and Supervising Script Editor. He oversaw well over 1,500 episode scripts for the iconic Aussie soap. Previously, Luke was Script Executive on Something in the Air and, with ABC TV Drama, worked in the writing and development of SeaChange, RAW FM and others. Before working in the television industry, Luke was a playwright, with productions of his work staged by Playbox, the Adelaide Festival, the Sydney Festival and NIDA. A graduate of Curtin University's Creative Writing stream, Luke studied fiction under Elizabeth Jolley and Tim Winton. He regularly teaches story editing and screenwriting for the Australian Film Television and Radio School.

A Preview for this title is currently not available.
More Books By Luke Devenish
View All