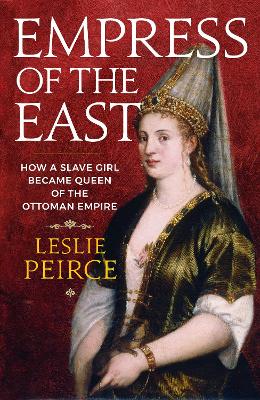 Empress of the East

How a Slave Girl Became Queen of the Ottoman Empire

Description - Empress of the East by Leslie Peirce

Abducted by slave traders from her home in Ruthenia - modern-day Ukraine - around 1515, Roxelana was brought to Istanbul and trained in the palace harem as a concubine for Sultan Suleyman the Magnificent, ruler of the Ottoman Empire and one of the world's most powerful men.

Suleyman became besotted with Roxelana and foreswore all other concubines, freeing and marrying her. The bold and canny Roxelana became a shrewd diplomat and philanthropist, helping Suleyman keep pace with a changing world in which women - Isabella of Hungary, Catherine de Medici - were increasingly close to power.

Until now Roxelana has been seen by historians as a seductress who brought ruin to the empire, but in Empress of the East, acclaimed historian Leslie Peirce reveals with panache the compelling story of an elusive woman who transformed the Ottoman harem into an institution of imperial rule.

Other Editions - Empress of the East by Leslie Peirce 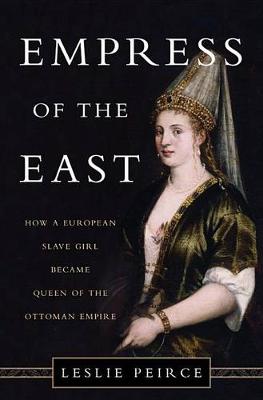 Book Reviews - Empress of the East by Leslie Peirce

» Have you read this book? We'd like to know what you think about it - write a review about Empress of the East book by Leslie Peirce and you'll earn 50c in Boomerang Bucks loyalty dollars (you must be a Boomerang Books Account Holder - it's free to sign up and there are great benefits!)

Leslie Peirce was until recently Silver Professor of History, Middle Eastern and Islamic Studies at NYU. She has also taught at Cornell and UC Berkeley. She earned her BA and MA from Harvard and received a PhD in Near Eastern Studies from Princeton University. Peirce's work has won her two Fulbrights, two NEH fellowships, a Guggenheim Foundation fellowship, and other academic distinctions.

A Preview for this title is currently not available.
More Books By Leslie Peirce
View All