End Game is the fifth book in the thrilling Will Robie series by international number one bestselling author David Baldacci.

London is on red alert. Will Robie, as the US government's most lethal assassin, is called in to foil a terrorist attack on the London Underground. An attack serving as a test run for a much larger plot to take place on US soil. Trained to neutralize threats without leaving a trace, he's an indispensable asset to his country.

But then reports come in that his mentor, Blue Man, real name Roger Walton, has gone missing while visiting his home town in Colorado. Fearing he's been kidnapped, Robie, and fellow agent Jessica Reel, are sent to investigate. The high-ranking CIA official holds secrets that could threaten national security if released and so only the best will do in tracking him down.

This tight-knit community close to the Rocky Mountains holds many secrets and people there are more than willing to take the law into their own hands at the first sign of trouble. To them, two government agents are just that.

As their investigation deepens, Robie and Reel come into contact with white supremacists and a cult that call themselves the King's Apostles. But are either group implicated in the disappearance of Walton? When the truth emerges it will test them both to their very limits . . . 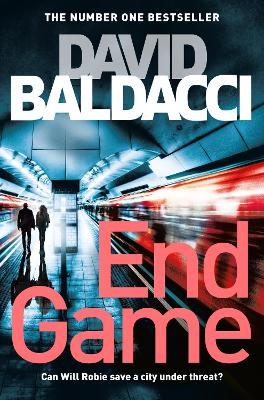 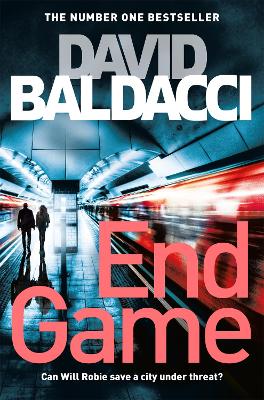 » Have you read this book? We'd like to know what you think about it - write a review about End Game book by David Baldacci and you'll earn 50c in Boomerang Bucks loyalty dollars (you must be a Boomerang Books Account Holder - it's free to sign up and there are great benefits!)

David Baldacci is a worldwide bestselling novelist. His books are published in over forty-five languages and in more than eighty countries, and have been adapted for both feature film and television. Whilst researching his novels, David Baldacci has been inside the buildings of some of the world's leading intelligence agencies, meeting real-life spies and intelligence leaders. Some of his bestselling novels include Absolute Power, The Camel Club, The Last Mile and, also featuring Will Robie, The Innocent, The Hit, The Target and The Guilty. David is also the co-founder, along with his wife, of the Wish You Well Foundation (R), a nonprofit organization dedicated to supporting literacy efforts across America.