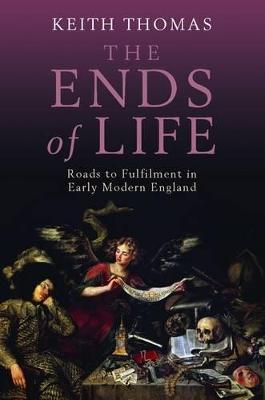 The Ends of Life

Description - The Ends of Life by Keith Thomas

How should we live? That question was no less urgent for English men and women who lived between the early sixteenth and late eighteenth centuries than for this book's readers. Keith Thomas's masterly exploration of the ways in which people sought to lead fulfilling lives in those centuries between the beginning of the Reformation and the heyday of the Enlightenment illuminates the central values of the period, while casting incidental light on some of the
perennial problems of human existence.

Other Editions - The Ends of Life by Keith Thomas 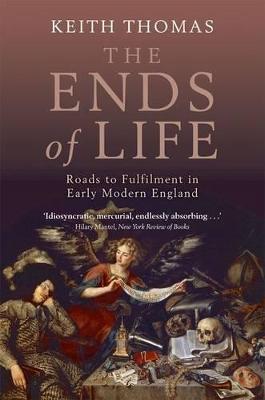 Book Reviews - The Ends of Life by Keith Thomas

» Have you read this book? We'd like to know what you think about it - write a review about Ends of Life book by Keith Thomas and you'll earn 50c in Boomerang Bucks loyalty dollars (you must be a Boomerang Books Account Holder - it's free to sign up and there are great benefits!)

Sir Keith Thomas is a Fellow of All Souls College and former President of Corpus Christi College, Oxford. He is the author of several highly acclaimed books on early modern England, including Religion and the Decline of Magic, which won the Wolfson Literary Award for History in 1972. A former trustee of the National Gallery and the British Museum, he holds honorary doctorates from eleven universities. He is an Honorary Vice-President of the Royal Historical Society and was President of the British Academy between 1993 and 1997.