The Ends of the Earth

Description - The Ends of the Earth by Robert Goddard

LIES.
SECRETS.
REVELATIONS.
1919 - The truth has never been in such short supply

Ex-flying ace James 'Max' Maxted's attempt to uncover the secret behind the death of his father, Sir Henry Maxted, has seemingly ended in failure - and his own death.

Unaware of Max's fate, the team continue to pursue their only lead, travelling to Japan in search of a mysterious prisoner held by Sir Henry's old enemy, Count Tomura. Once there, they encounter former German spymaster, Fritz Lemmer, now rebuilding his spy network in the service of a new, more sinister cause.

The quest Max embarked on in Paris will reach its dizzying end at Tomura's castle in the mountains of Honshu - and the full truth of what occurred thirty years before will finally be laid bare...

Buy The Ends of the Earth by Robert Goddard from Australia's Online Independent Bookstore, Boomerang Books.

Other Editions - The Ends of the Earth by Robert Goddard 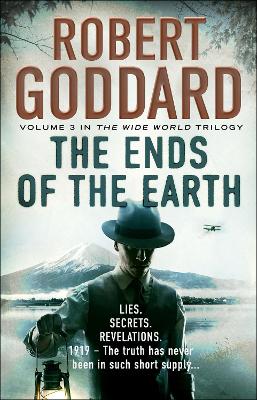 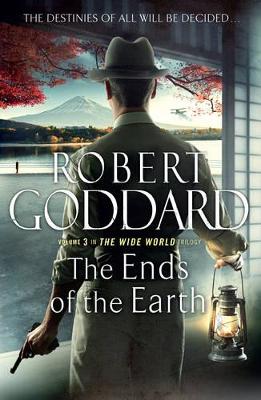 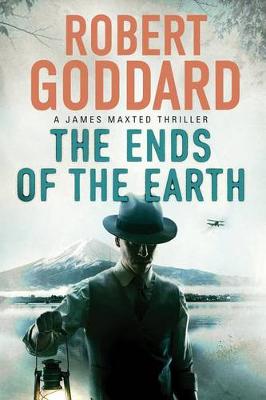 Book Reviews - The Ends of the Earth by Robert Goddard

» Have you read this book? We'd like to know what you think about it - write a review about Ends of the Earth book by Robert Goddard and you'll earn 50c in Boomerang Bucks loyalty dollars (you must be a Boomerang Books Account Holder - it's free to sign up and there are great benefits!)

Robert Goddard was born in Hampshire and read History at Cambridge. His first novel, Past Caring, was an instant bestseller. Since then his books have captivated readers worldwide with their edge-of-the-seat pace and their labyrinthine plotting. The first Harry Barnett novel, Into the Blue, was winner of the first WHSmith Thumping Good Read Award and was dramatized for TV, starring John Thaw. His thriller, Long Time Coming won an Edgar in the Mystery Writers of America awards.

The Fine Art of Invisible Detection: The thrilling BBC Between the Covers Book Club pick
$15.99 $19.99