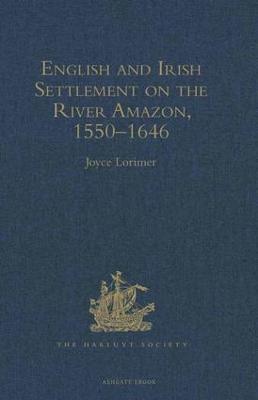 English and Irish Settlement on the River Amazon

From as early as the middle of the 16th century Englishmen were interested in the possibility of exploring the fabled resources of the great river of the Amazons. During the first half of the 17th century English and Irish projectors made persistent efforts to maintain trading factories and plantation there. From at least 1612 to 1632 they inhabited settlements along the north channel of the estuary from Cabo do Norte to the Equator, making very considerable profits from tobacco, dyes and hardwoods. The profitability of their holdings was such that, when the Portuguese made the river too risky for foreign interlopers after 1630, former English and Irish planters sought to return there under licence of first the Spanish and then the Portuguese crown. The Irish may actually have been permitted to do so in the mid-1640s. Almost half a century has elapsed since J.A. Williamson and Aubrey Gwynne first published studies of these colonies. New material from English, Portuguese and Spanish archives has now made it possible to re-evaluate their significance. The Irish ventures, although begun in partnership with the English, can now be seen to have developed into a quite distinct initiative. They are probably the earliest example of independent Irish colonial projects in the New World. By the early 1620s the Irish were known for their experience of the river and their expertise in Indian languages, proving far more efficient in their approach to exploiting Amazonia than the English. The tenacity with which both groups, the English and the Irish, pursued their goal of settlement also forces us to re-assess assumptions about the seemingly 'inevitable' priority of North America for such activity in this period. The Amazon undertakings were in many ways more hopeful than contemporaneous enterprises in North America. They failed because their interests were sacrificed, at critical junctures, to the foreign policy priorities of the English crown, not because the Amazon was an unsuitable environment for northern Europeans.

» Have you read this book? We'd like to know what you think about it - write a review about English and Irish Settlement on the River Amazon book by Joyce Lorimer and you'll earn 50c in Boomerang Bucks loyalty dollars (you must be a Boomerang Books Account Holder - it's free to sign up and there are great benefits!)

A Preview for this title is currently not available.
More Books By Joyce Lorimer
View All