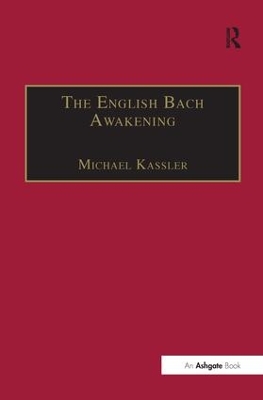 The English Bach Awakening concerns the introduction into England of J. S. Bach's music and information about him. Hitherto this subject has been called 'the English Bach revival', but that is a misnomer. 'Revival' implies prior life, yet no reference to Bach or to his music is known to have been made in England during his lifetime (1685-1750). The book begins with a comprehensive chronology of the English Bach Awakening. Eight chapters follow, written by Dr Philip Olleson, Dr Yo Tomita and the editor, Michael Kassler, which treat particular parts of the Awakening and show how they developed. A focus of the book is the history of the manuscripts and the printed editions of Bach's '48' - the Well-tempered Clavier - in England at this time, and its culmination in the 'analysed' edition that Samuel Wesley and Charles Frederick Horn published in 1810-1813 and later revised. Wesley's multifaceted role in the Bach Awakening is detailed, as are the several efforts that were made to translate Forkel's biography of Bach into English. A chapter is devoted to A. F. C.
Kollmann's endeavour to prove the regularity of Bach's Chromatic Fantasy, and the book concludes with a discussion of portraits of Bach in England before 1830.

Other Editions - The English Bach Awakening by Michael Kassler 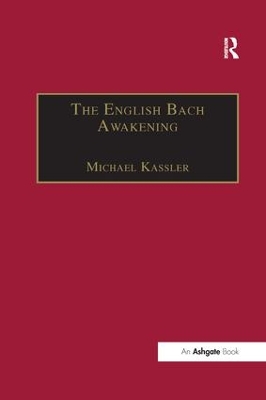 » Have you read this book? We'd like to know what you think about it - write a review about English Bach Awakening book by Michael Kassler and you'll earn 50c in Boomerang Bucks loyalty dollars (you must be a Boomerang Books Account Holder - it's free to sign up and there are great benefits!)

A Preview for this title is currently not available.
More Books By Michael Kassler
View All