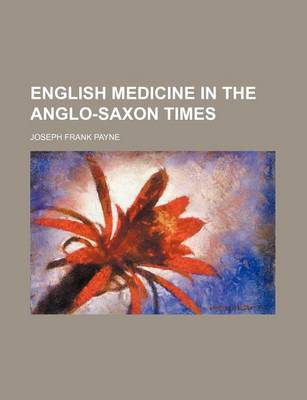 English Medicine in the Anglo-Saxon Times

This historic book may have numerous typos and missing text. Purchasers can download a free scanned copy of the original book (without typos) from the publisher. Not indexed. Not illustrated. 1904 Excerpt: ...and according to their view, useful method, so that I do not suppose a single figure in the Saxon MS. was, or was intended to be, a direct transcript from nature. ENGLISH NAMES OF HERBS In translating the Herbarium, the Anglo-Saxon translators substituted as far as possible native English names for those of the original. In some cases they could only modify or translate the Latin. Thus Pes leonis would naturally be rendered 'Lion's foot, ' Lilium would become ' Lilie, ' and so on. Sometimes the translator could find no English name, and retained the Latin, or left a blank. In some cases the identification is evidently wrong; but making all these allowances, it is still remarkable for how many plants there was an English name already existing. Many of these still survive, many unfortunately are lost. The first name of a herb in the original book, for instance, vettonica or betonica is translated 'bishopswort, ' where we have now only the modified Latin word 'betony.' The next is arnoglossa or plantago, rendered 'waybrade' or 'waybroad, ' a picturesque name for the broadleaved weed of waysides and lawns, which we now call by the misleading appellation 'plantain.' J7wfortradde (' untrodden to pieces') is an appropriate name for the stubborn weed knotgrass, and maythe (msegthe) is more attractive than the modified Greek camomile. Many other instances might be quoted, not merely as philological curiosities, but as showing that the Anglo-Saxons, before they translated Apuleius, had recognized and given English names to a large number of native plants. Similar evidence is supplied by the numerous English names occurring in the other Leech Books, and also in the 'glossaries' or lists giving English equivalents for Latin and Greek names of plants, which are a familiar 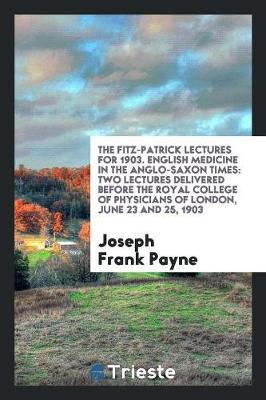 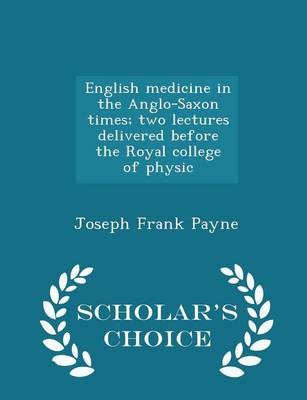 » Have you read this book? We'd like to know what you think about it - write a review about English Medicine in the Anglo-Saxon Times book by Joseph Frank Payne and you'll earn 50c in Boomerang Bucks loyalty dollars (you must be a Boomerang Books Account Holder - it's free to sign up and there are great benefits!)


A Preview for this title is currently not available.
More Books By Joseph Frank Payne
View All

Notes to Accompany a Facsimile Reproduction of the Diploma of Doctor of Medicine Granted by the University of Padua to William Harvey 1602: With a Translation
$69.48 $77.20