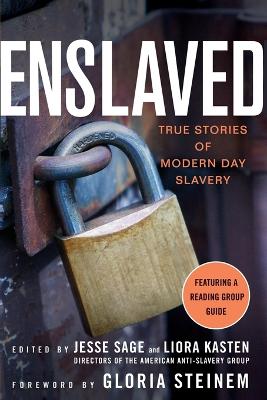 Today millions of people are held in bondage around the world. This highly acclaimed collection of modern-day slave narratives - by seven former slaves and one slaveholder - exposes the shocking reality of how human trafficking thrives in the twenty-first century. From poverty stricken countries to affluent American suburbs, slaves toil as sweatshop workers, sex slaves, migrant workers, and domestic servants. These personal and harrowing accounts will heighten awareness of a global human rights crisis that can no longer be ignored.

Other Editions - Enslaved by Jesse Sage 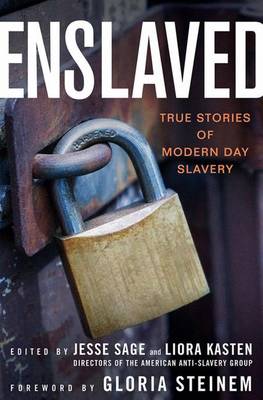 » Have you read this book? We'd like to know what you think about it - write a review about Enslaved book by Jesse Sage and you'll earn 50c in Boomerang Bucks loyalty dollars (you must be a Boomerang Books Account Holder - it's free to sign up and there are great benefits!)

JESSE SAGE is associate director of the American Anti-Slavery Group. Sage has appeared on NPR, BET, Pacifica Radio, and has spoken widely across the country. Fast Company recognized him as one of its "Fast 50" social innovators for his development of activist web-portal iAbolish.com. LIORA KASTEN is a former director of the American Anti-Slavery Group. She is currently pursuing her MA in international relations at the Fletcher School of Law and Diplomacy, Tufts University. They live in Massachusetts.

A Preview for this title is currently not available.
More Books By Jesse Sage
View All