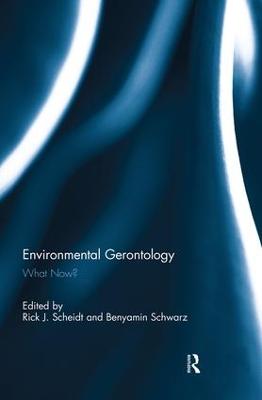 Environmental gerontology - the research on aging and environment - evolved during the late 1960s, when the domain became a relevant topic due to societal concerns with the problems of housing for elderly people. The field proliferated during the 1970s and 1980s, and remains viable and active today on an international scale. However, in recent times, the viability of the field and its future has been brought into question.

In this volume, international experts across diverse areas reflect on the current progress of their respective disciplines, illustrating research-grounded benefits emerging from their work, and suggesting new agenda that can guide progress in the future. The contributors address a wide range of issues, including: evaluation of existing paradigms and new theories that might advance both research and training; issues and applications in methods, measures, and empirically-generated research agenda; innovative approaches to environmental transformations in home, community, and long-term care settings; and understudied populations and issues in environmental gerontology.

This book was originally published as a special issue of the Journal of Housing for the Elderly. 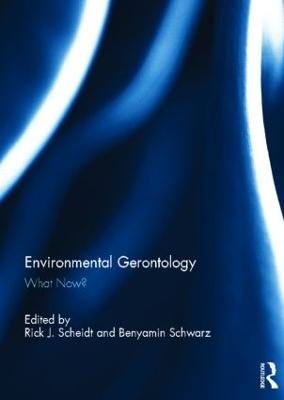 » Have you read this book? We'd like to know what you think about it - write a review about Environmental Gerontology book by Rick J. Scheidt and you'll earn 50c in Boomerang Bucks loyalty dollars (you must be a Boomerang Books Account Holder - it's free to sign up and there are great benefits!)

Rick J. Scheidt is a Professor of Lifespan Human Development at Kansas State University, USA. His research focuses on the ecology of aging in small rural towns. He has served on numerous editorial boards and is a Fellow of the Gerontological Society of America, the American Psychological Society, and the Association for Psychological Science. Benyamin Schwarz is a Professor in the Department of Architectural Studies at the University of Missouri, USA. He has designed numerous facilities for the elderly in Israel and in the United States. His research addresses issues of long-term care settings and fundamentals of Environmental Gerontology. He has been the Editor of the Journal of Housing for the Elderly since 2000.

A Preview for this title is currently not available.
More Books By Rick J. Scheidt
View All