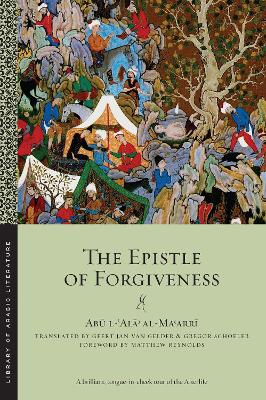 The Epistle of Forgiveness

Volumes One and Two

Known as "one of the most complex and unusual texts in Arabic literature" (Banipal Magazine), The Epistle of Forgiveness is the lengthy reply by the prolific Syrian poet and prose writer, Abu l-'Ala' al-Ma'arri (d. 449/1057), to a letter by an obscure grammarian, Ibn al-Qari. With biting irony, The Epistle of Forgiveness mocks Ibn al-Qari's hypocrisy and sycophancy by imagining he has died and arrived with some difficulty in Heaven, where he meets famous poets and philologists from the past. In al-Ma'arri's imaginative telling, Ibn al-Qari also glimpses Hell and converses with the Devil and various heretics.
Al-Ma'arri-a maverick, a vegan, and often branded a heretic himself-seems to mock popular ideas about the Hereafter. Among other things, he introduces us to hypocrites, poets, princes, rebels, mystics, and apostates, with asides on piety, superstition, wine-drinking, old age, and other topics. This remarkable book is the first complete translation of this masterpiece into any language, all the more impressive because of Al-Ma'arri's highly ornate and difficult style, his use of rhymed prose, and his numerous obscure words and expressions. Replete with erudite commentary, amusing anecdotes, and sardonic wit, The Epistle of Forgiveness is an imaginative tour-de-force by one of the most pre-eminent figures in classical Arabic literature.
An English-only edition. 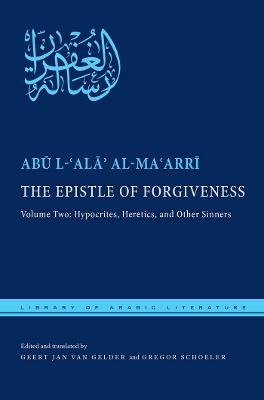 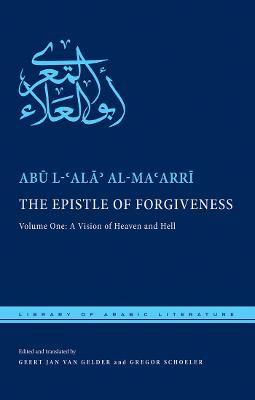 » Have you read this book? We'd like to know what you think about it - write a review about Epistle of Forgiveness book by Abu l-'Ala' al-Ma'arri and you'll earn 50c in Boomerang Bucks loyalty dollars (you must be a Boomerang Books Account Holder - it's free to sign up and there are great benefits!)

Abu l-'Ala al-Ma'arri (363-449 H/973-1058 AD) was a major poet and prose writer of the late Abbasid period. Born near Aleppo, Syria, he lost his eyesight in childhood and was renowned for his asceticism. Matthew Reynolds is Professor of English and Comparative Criticism at Oxford University. Gregor Schoeler was the chair of Islamic Studies at the University of Basel from 1982 to 2009. His books in the fields of Islamic Studies and classical Arabic literature include The Oral and the Written in Early Islam, and Paradies und Holle, a partial German translation of The Epistle of Forgiveness. Geert Jan van Gelder was Laudian Professor of Arabic at the University of Oxford from 1998 to 2012. He is the author of several books on classical Arabic literature, including Beyond the Line: Classical Arabic Literary Critics on the Coherence and Unity of the Poem and Of Dishes and Discourse: Classical Arabic Literary Representations of Food.