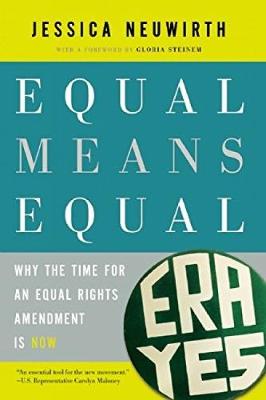 Why the Time for an Equal Rights Amendment is Now

When the Equal Rights Amendment was first passed by Congress in 1972, Richard Nixon was president and "All in the Family"'s Archie Bunker was telling his feisty wife Edith to stifle it. Over the course of the next ten years, an initial wave of enthusiasm led to ratification of the ERA by thirty-five states, just three short of the thirty-eight stat

» Have you read this book? We'd like to know what you think about it - write a review about Equal Means Equal book by Jessica Neuwirth and you'll earn 50c in Boomerang Bucks loyalty dollars (you must be a Boomerang Books Account Holder - it's free to sign up and there are great benefits!)

The founder of the international women's rights organization Equality Now, Jessica Neuwirth is the former director of the New York branch of the Office of the United Nations High Commissioner for Human Rights. She lives in New York City. Gloria Steinem is an American feminist, journalist, and social and political activist who became nationally recognized as a leader of, and media spokeswoman for, the women's liberation movement in the 1960s and 1970s. She lives in New York City.

A Preview for this title is currently not available.
More Books By Jessica Neuwirth
View All