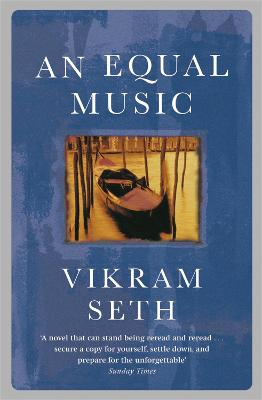 A chance sighting on a bus; a letter which should never have been read; a pianist with a secret that touches the heart of her music...AN EQUAL MUSIC is a book about love, about the love of a woman lost and found and lost again; it is a book about music and how the love of music can run like a passionate fugue through a life.It is the story of Michael, of Julia and of the love that binds them.

Other Editions - An Equal Music by Vikram Seth 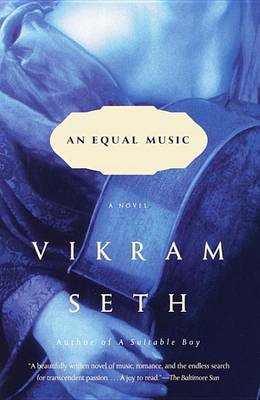 » Have you read this book? We'd like to know what you think about it - write a review about Equal Music book by Vikram Seth and you'll earn 50c in Boomerang Bucks loyalty dollars (you must be a Boomerang Books Account Holder - it's free to sign up and there are great benefits!)

An Equal Music is the third novel by Indian author Vikram Seth. Michael Holme is a 37-year-old violinist who plays in the Maggiore Quartet. Ten years earlier, he left Venice and his first (and only) love, Julia McNicholl, without explanation, when he found himself unable to cope with his musical mentor’s criticism. Now living in London, he encounters Julia by chance, and tries to re-establish contact. Learning, eventually, that she is now a wife and mother in no way dampens his determination to see her again. But while Julia eventually seeks him out, she has an even more devastating revelation to make. Michael describes himself, in the last pages of the book: “I’m a selfish, self-centred bastard.” Not a truer sentence does he speak in the whole novel. I found it difficult to relate to this main character and wondered if Seth intentionally made him such an arrogant, spiteful, cruel, self-indulgent and irritating man. Michael’s great love, Julia, whilst perhaps a little easier to relate to, also fell remarkably freely into adultery. Their great love was not convincingly portrayed, but this does seem an interesting depiction of the anatomy of adultery from the point of view of a very selfish man. Billy, Helen, Erica and even Piers were much more likeable characters. There is much information about chamber music, quartets, performances, deafness and music auctions contained in this novel, and I believe that a knowledge and love of music would increase the reader’s appreciation of the many descriptions of music playing and music attributes. While much of it was beautifully written, I found it slow moving, unsatisfying and not a patch on Seth’s previous work, A Suitable Boy.

A charmingly romantic novel with beautiful musical references, all set on a backdrop of some of Europe's most amazing cities. What could be better than this?

This is he ideal novel for someone like me who is a sucker for both the romance AND the music. With intriguing characters, interesting interactions and group dynamics, this makes a long book very easy to read.

The unpredictability of the plot and ending will make you really appreciate this even more and more likely to want to read it again in future.

The music references are accurate and well researched which makes it all the more worthwhile.

Vikram Seth was born in 1952. He trained as an economist and has lived for several years each in England, California, China and India. He is the author of A Suitable Boy, which was an international number one bestseller.

A Preview for this title is currently not available.
More Books By Vikram Seth
View All