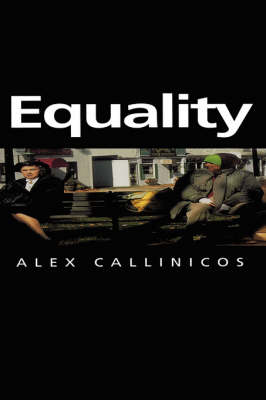 'The class war is over. But the struggle for true equality has only
just begun,' Tony Blair has declared. The world indeed enters the
21st century heaving with poverty and inequality. Just three
super-rich men have a net worth equal to the income of the 36
poorest countries in the world. The gap between rich and poor is
also growing in the advanced economies as well. 14 million people,
a quarter of the population of the United Kingdom are currently
classified as poor, compared to only four million in 1979.

In this important new book, Alex Callinicos explores the meaning
of equality in the contemporary world. He traces its origins as a
political ideal in the great democratic revolutions of the 17th and
the 18th century, and in the efforts of the socialist movement to
force capitalism to live up to its promise of liberty, equality and
fraternity. Callinicos also shows how the theories of egalitarian
justice developed over the past generation by philosophers such as
John Rawls, Ronald Dworkin, Amartya Sen and G. A. Cohen have given
a much more precise meaning to the ideal of equality. Individuals
are entitled to be protected from the consequences of circumstances
beyond their control - for example, the socio-economic position and
the natural talents they inherit - in order to have equal freedom
to pursue their own well-being.


The implications of egalitarian justice are radical. Callinicos
critically reviews the versions of this ideal - equality of
opportunity and social inclusion - by supporters of the Third Way
such as Gordon Brown and Anthony Giddens. He argues that the
strategy pursued by New Labour to increase equality is riddled with
contradictions and contains an underlying authoritarian dimension.
Fundamentally, equality and the market are irreconcilable. Any
attempt seriously to increase social equality will come into
conflict with the logic of the capitalist economic system. Only a
socialist society, organized along democratic and decentralized
lines, can realize the ideal of equality.


This book will be of great interest to students of politics,
philosophy and sociology, and all those interested in this key and
controversial topic.

Other Editions - Equality by Alex Callinicos 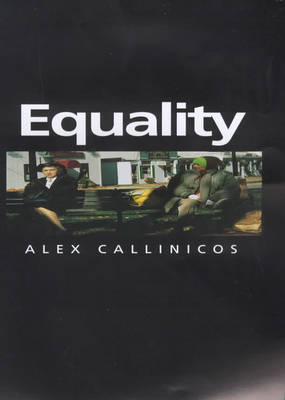 » Have you read this book? We'd like to know what you think about it - write a review about Equality book by Alex Callinicos and you'll earn 50c in Boomerang Bucks loyalty dollars (you must be a Boomerang Books Account Holder - it's free to sign up and there are great benefits!)


A Preview for this title is currently not available.
More Books By Alex Callinicos
View All