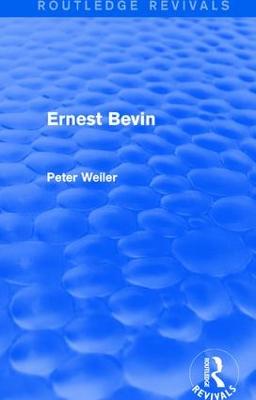 First published in 1993, this book presents a biography of a central figure in the development of both the labour movement and British politics in the first half of the twentieth century. This highly accessible account of Bevin's life and career was the first to make use of documents pertaining to his activities during the Second World War and bring together numerous secondary studies to posit an alternative interpretation. The book is split into chronological sections dealing with his early years, his time a trade union leader from 1911 to 1929, the beginnings of his involvement in the labour party during 1929-1939, and his time in office as Minister of Labour and then Foreign Secretary. 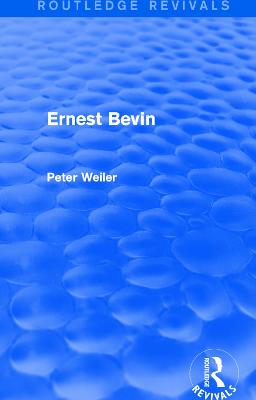 » Have you read this book? We'd like to know what you think about it - write a review about Ernest Bevin book by Peter Weiler and you'll earn 50c in Boomerang Bucks loyalty dollars (you must be a Boomerang Books Account Holder - it's free to sign up and there are great benefits!)


A Preview for this title is currently not available.
More Books By Peter Weiler
View All