Description - The Essays by Francis Bacon

One of the major political figures of his time, Sir Francis Bacon (1561-1626) served in the court of Elizabeth I and ultimately became Lord Chancellor under James I in 1617. A scholar, wit, lawyer and statesman, he wrote widely on politics, philosophy and science - declaring early in his career that 'I have taken all knowledge as my province'. In this, his most famous work, he considers a diverse range of subjects, such as death and marriage, ambition and atheism, in prose that is vibrant and rich in Renaissance learning. Bacon believed that rhetoric - the force of eloquence and persuasion - could lead the mind to the pure light of reason, and his own rhetorical genius is nowhere better expressed than in these vivid essays.

Other Editions - The Essays by Francis Bacon 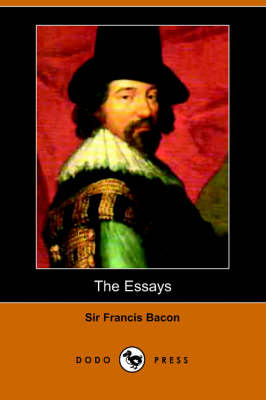 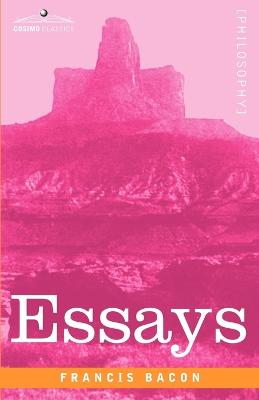 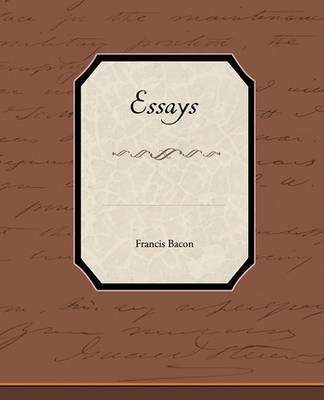 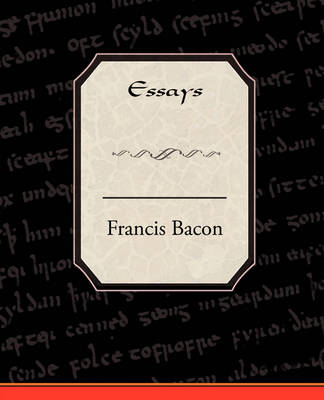 » Have you read this book? We'd like to know what you think about it - write a review about Essays book by Francis Bacon and you'll earn 50c in Boomerang Bucks loyalty dollars (you must be a Boomerang Books Account Holder - it's free to sign up and there are great benefits!)

Francis Bacon, philosopher, essayist, lawyer and statesman, was born in London in 1561. He studied at Cambridge and was enrolled at Gray's Inn in 1576. In 1584 he entered Parliament, and made the acquaintance of the Earl of Essex, who endeavoured to advance him in his career. Nevertheless, having been appointed to investigate the causes of Essex's revolt in 1601, Bacon was largely responsible for the earl's conviction. Bacon was appointed Solicitor-General in 1607 and eventually became Lord Chancellor in 1618. In 1621 he was charged with bribery, fined and imprisoned in the Tower. Following his release, he retired to his family home and spent his remaining years in philosophical and literary work. His ambition was to create a new system of philosophy to relace that of Aristotle, and he has been justly acclaimed as an inspiration to later scientists, rationalits and materialists. He died in 1626. John Pitcher is a Fellow of St John's College, Oxford. He has edited Cymbeline for the Penguin Shakespeare and The Winter's Tale for the third series of the Arden Shakespeare.

The Essays or Counsels, Civil and Moral, of Sir Francis Bacon ... with a Table of the Colours of Good and Evil. Whereunto Is Added, the Wisdom of the Antients
$105.69 $117.43

A Brief Discourse of the Happy Union of the Kingdoms of Scotland and England, with Certain Articles Concerning the Same. Dedicated to Her Majesty. by the Right Honourable Sir Francis Bacon, ...
$32.51 $36.12

Letters of Sr Francis Bacon, Baron of Verulam, ... Written During the Reign of King James the First. Now Collected, and Augmented with Several Letters ...
$74.38 $82.65

Sylva Sylvarum; Or, a Natural History, in Ten Centuries. Whereunto Is Newly Added the History Natural and Experimental of Life and Death, or of the Prolongation of Life
$66.02 $73.35

The Two Books of Francis Bacon: Of the Proficience and Advancement of Learning, Divine and Human
$56.75 $63.06