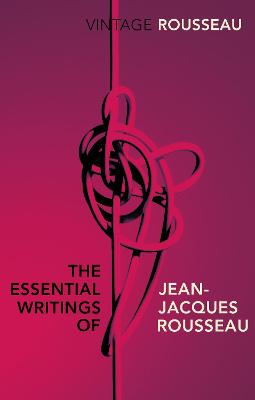 The Essential Writings of Jean-Jacques Rousseau

A new translation of Rousseau's key works. A one stop shop for students of french, politics, philosophy and history.

'Man is born free, and everywhere he is in chains' is the dramatic opening line of The Social Contract, published in 1762. Quoted by politicians and philosophers alike, the power of this sentence continues to resonate. It laid the groundwork for both the American and French Revolutions, and is considered a foundational text in the development of the modern principles of human rights. Rousseau was an extraordinary visionary and a revolutionary thinker. The Essential Writings of Jean-Jacques Rousseau collects his best and most indispensable work.

The book includes- Discourse on the Origin and Foundations of Inequality Among Men and The Social Contract in full, plus selections from mile, a treatise on education, the autobiographical Reveries of the Solitary Walker and Julie, or the New Heloise,an epistolary novel.

Peter Constantine's honors include the PEN Translation Prize, the National Translation Award, the Helen and Kurt Wolff Translation Prize, and Greece s Translators of Literature Prize. He translated Machiavelli s The Prince for Vintage Classics. Jean-Jacques Rousseau was born in Geneva in 1712. He was a writer and political theorist of the Enlightenment. In 1750 he published his first important work 'A Discourse on the Sciences and the Arts' (1750) where he argued that man had become corrupted by society and civilisation. In 1755, he published 'Discourse on the Origin of Inequality' and in 'The Social Contract' (1762) he argued, "Man is born free, and everywhere he is in chains". This political treatise earned him exile from his home city of Geneva and arguably inspired the French Revolution (his ashes were transferred to the Pantheon in Paris in 1794). He also wrote ''mile', a treatise on education and 'The New Eloise' (1761). This novel scandalised the French authorities who ordered Rousseau's arrest. In his last 10 years, Rousseau wrote his 'Confessions'. In The Confessions he remembers his adventurous life, his achievements and the persecution he suffered from opponen