Estranging the Novel: Poland, Ireland, and Theories of World Literature

To develop a theory of world literature, this book demands that the theory of the novel can no longer ignore literary forms other than realism.

For centuries, the standard account of the development of the novel focused on the rise of realism in English literature. Studies of early novels connected the form to various aspects of British life across the eighteenth and nineteenth centuries, including the burgeoning middle class, the growth of individualism, and the emergence of democracy and the nation-state. But as the push for teaching and learning global literature grows, this narrative is insufficient for studying novel forms outside of a predominately English-speaking British and American realm.

In Estranging the Novel, Katarzyna Bartoszynska explores how the emergence and growth of world literature studies has challenged the centrality of British fiction to theories of the novel's rise. She argues that a historicist approach frequently reinforces the realist paradigm that has cast other traditions as "minor," conceding a normative vision of the novel as it seeks to explain why historical forces produced different forms elsewhere. Recasting the standard narrative by looking at different novelistic literary forms, including the Gothic, travel writing, and queer fiction, Bartoszynska offers a compelling comparative study of Polish and Irish works published across the long nineteenth century that emphasize fictionality, or the problem of world-building in literature.

Reading works by Ignacy Krasicki, Jan Potocki, Narcyza Zmichowska, and Witold Gombrowicz alongside others by Jonathan Swift, Charles Maturin, Oscar Wilde, and Samuel Beckett, Bartoszynska shows that the history of the novel's rise demands a more capacious and rigorous approach to form as well as a reconceptualization of the relationship between fiction and its cultural contexts. By modeling such a heterogeneous account of the novel form, Estranging the Novel paves the way for a bracing and diverse understanding of the makeup of contemporary world literature and the many texts it encompasses-and a new perspective on the British novel as well.

Other Editions - Estranging the Novel: Poland, Ireland, and Theories of World Literature by Katarzyna Bartoszynska 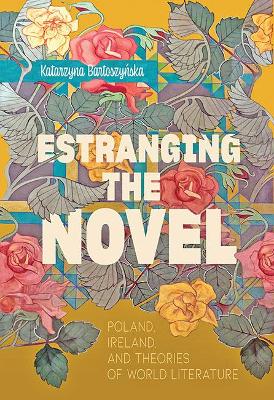 » Have you read this book? We'd like to know what you think about it - write a review about Estranging the Novel: Poland, Ireland, and Theories of World Literature book by Katarzyna Bartoszynska and you'll earn 50c in Boomerang Bucks loyalty dollars (you must be a Boomerang Books Account Holder - it's free to sign up and there are great benefits!)


A Preview for this title is currently not available.
More Books By Katarzyna Bartoszynska
View All