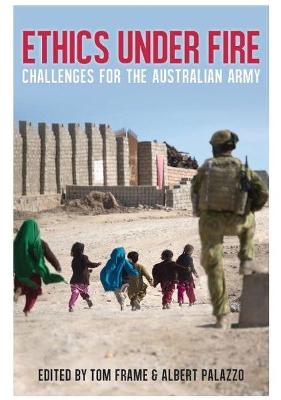 Challenges for the Australian Army

Events at Abu Ghraib prison and the 1968 My Lai Massacre show that the behaviour of the military can descend into barbarism. How strong is the military's commitment to avoiding such atrocities? Ethics Under Fire - a timely and compelling book - asks questions and raises issues the Australian Army can't ignore.

Including chapters on social media and violence, cyberweapons, ethics in special operations, and humanitarian deployments, leading military personnel, aid workers, commentators, and academics discuss the Australian Army's commitment to behaving ethically, and the challenges involved. Ethics Under Fire offers a rare insight into the key issues facing the modern army arising from technology, tactics, and terrorism.

More titles in the ACSACS Series.

Listen to Tom Frame on the ABC RN Religion and Ethics program speaking about Ethics Under Fire. You can listen to the podcast here

Other Editions - Ethics Under Fire by Tom Frame 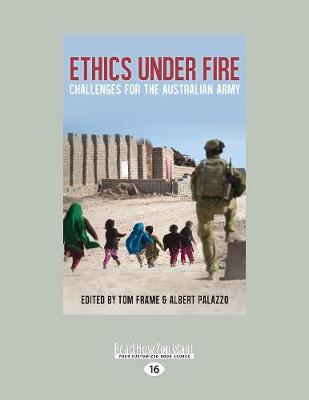 » Have you read this book? We'd like to know what you think about it - write a review about Ethics Under Fire book by Tom Frame and you'll earn 50c in Boomerang Bucks loyalty dollars (you must be a Boomerang Books Account Holder - it's free to sign up and there are great benefits!)

Tom Frame was a naval officer for 15 years before being ordained to the Anglican ministry. He served as Bishop to the Australian Defence Force from 2001-2007 and is the author and editor of 35 books on a range of topics including the ethics of armed conflict. He is a regular media commentator on naval, religious and ethical affairs.Albert Palazzo is the Director of Research for the Australian Army. He has published widely on the history of the Australian Army. Major works include The Australian Army: A History of its Organisation, 1901-2001; Moltke to bin Laden: The Relevance of Doctrine in Contemporary Military Environment and The Future of War Debate in Australia. His recent research has focussed on the effects of resource limits and climate change on the future character of war.

A Preview for this title is currently not available.
More Books By Tom Frame
View All