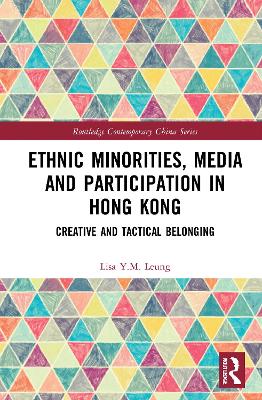 Second and third generation South and Southeast Asian minorities in Hong Kong, being marginalized from mainstream social and political affairs, have developed an ambivalent sense of belonging to their host society. Unlike their forefathers who first settled in Hong Kong under British colonial rule, these younger generations have spent their formative years in the territory. As such, they have increasingly engaged in the public and political realms of society, partly in response to the territory's rapid political changes. Leung discusses and analyses the complex and diverse engagement of migrant and minority youths in Hong Kong - and their struggle for recognition, while desiring to 'be-long' to a place they call home. Some are joining the calls for democratic changes in the territory. In particular, she argues that much of this struggle can be seen in minorities' involvement in creative sectors of society.

While it will be of especial interest to scholars with an interest in Hong Kong, this book presents a compelling case study for anyone interested in the dynamics of migrant and minority engagement in the creative sector as a strategy for engagement.

» Have you read this book? We'd like to know what you think about it - write a review about Ethnic Minorities, Media and Participation in Hong Kong: Creative and Tactical Belonging book by Lisa Y.M. Leung and you'll earn 50c in Boomerang Bucks loyalty dollars (you must be a Boomerang Books Account Holder - it's free to sign up and there are great benefits!)