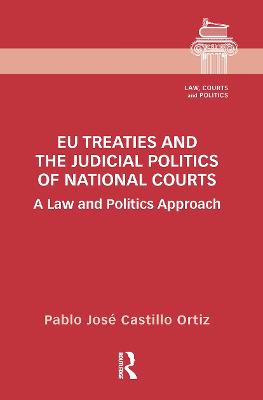 EU Treaties and the Judicial Politics of National Courts

A Law and Politics Approach

Cases such as the Maastricht ruling by the German Federal Constitutional Court or the 'Crotty; decision by the Irish Supreme Court have gone down in the history of European integration as outstanding examples of intervention by judicial actors in important political processes. In this book, Dr. Castillo Ortiz makes for the first time a comprehensive analysis of all such rulings by national higher courts on European Union treaties issued during their processes of ratification.

Using an interdisciplinary Law and Politics approach and a sophisticated methodological strategy, the book describes the political dynamics underlying some of the most relevant judicial episodes in the process of European Integration during the last decades: litigation strategies by Europhile and Eurosceptic actors, relations between the judiciary and the other branches of government, and clashes of power between national courts and the European Court of Justice of the European Union. By offering empirical evidence and by relying on scientific rigor, the book seeks to provide both experts and the general public an accessible account of one of the most salient but least studied aspects of current European law and politics. 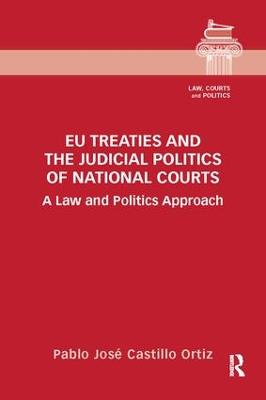 » Have you read this book? We'd like to know what you think about it - write a review about EU Treaties and the Judicial Politics of National Courts book by Pablo Jose Castillo Ortiz and you'll earn 50c in Boomerang Bucks loyalty dollars (you must be a Boomerang Books Account Holder - it's free to sign up and there are great benefits!)

Pablo Jose Castillo Ortiz is Lecturer in Law at The University of Sheffield, UK.

A Preview for this title is currently not available.
More Books By Pablo Jose Castillo Ortiz
View All