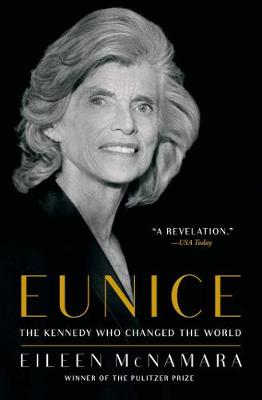 Eunice: The Kennedy Who Changed the World

Description - Eunice: The Kennedy Who Changed the World by Eileen McNamara

In this "revelation" of a biography (USA TODAY), a Pulitzer Prize-winning journalist examines the life and times of Eunice Kennedy Shriver, arguing she left behind the Kennedy family's most profound political legacy.

While Joe Kennedy was grooming his sons for the White House and the Senate, his Stanford-educated daughter, Eunice, was hijacking her father's fortune and her brothers' political power to engineer one of the great civil rights movements of our time on behalf of millions of children and adults with intellectual disabilities. Her compassion was born of rage: at the medical establishment that had no answers for her sister Rosemary, at her revered but dismissive father, whose vision for his family did not extend beyond his sons, and at a government that failed to deliver on America's promise of equality.

Now, in this "fascinating" (the Today show), "nuanced" (The Boston Globe) biography, "ace reporter and artful storyteller" (Pulitzer Prize-winning author Megan Marshall) Eileen McNamara finally brings Eunice Kennedy Shriver out from her brothers' shadow. Granted access to never-before-seen private papers, including the scrapbooks Eunice kept as a schoolgirl in prewar London, McNamara paints an extraordinary portrait of a woman both ahead of her time and out of step with it: the visionary founder of Special Olympics, a devout Catholic in a secular age, and an officious, cigar-smoking, indefatigable woman whose impact on American society was longer lasting than that of any of the Kennedy men.

Book Reviews - Eunice: The Kennedy Who Changed the World by Eileen McNamara

» Have you read this book? We'd like to know what you think about it - write a review about Eunice: The Kennedy Who Changed the World book by Eileen McNamara and you'll earn 50c in Boomerang Bucks loyalty dollars (you must be a Boomerang Books Account Holder - it's free to sign up and there are great benefits!)


A Preview for this title is currently not available.
More Books By Eileen McNamara
View All 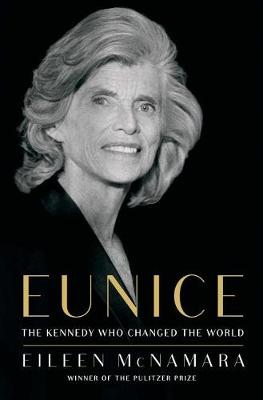