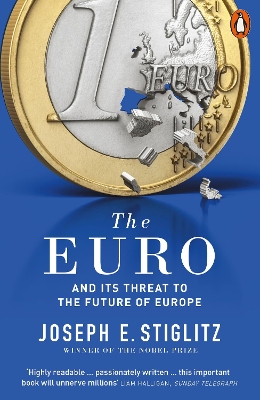 And its Threat to the Future of Europe

Description - The Euro by Joseph Stiglitz

The Nobel Prize-winning economist and bestselling author of Globalization and Its Discontents explains why saving Europe may mean abandoning the Euro.

Can the Euro be saved? Should it be? Nobel prize-winning economist Joseph E. Stiglitz dismantles the prevailing consensus around what ails Europe - arguing that economic stagnation is a direct result of the Euro's flawed birth, demolishing the champions of austerity and offering solutions that can rescue the continent from further devastation.

Designed to bring Europe closer together, the euro has actually done the opposite- after nearly a decade without growth, unity has been replaced with dissent and enlargements with prospective exits. Joseph Stiglitz argues that Europe's stagnation and bleak outlook are a direct result of the fundamental flaws inherent in the euro project - economic integration outpacing political integration with a structure that actively promotes divergence rather than convergence. Money relentlessly leaves the weaker member states and goes to the strong, with debt accumulating in a few ill-favoured countries. The question now is- can the euro be saved?
Laying bare the European Central Bank's misguided inflation-only mandate and explaining why austerity has condemned Europe to unending stagnation, Stiglitz outlines three possible ways forward- fundamental reforms in the structure of the Eurozone and the policies imposed on the member countries suffering the most; a well-managed end to the euro; or a bold, new system he dubs the 'flexible euro;. This important book, by one of the world's leading economists, addresses the euro-crisis on a bigger intellectual scale than any predecessor.

Other Editions - The Euro by Joseph Stiglitz 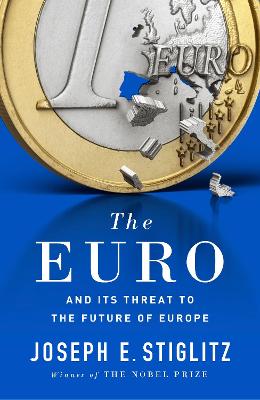 » Have you read this book? We'd like to know what you think about it - write a review about Euro book by Joseph Stiglitz and you'll earn 50c in Boomerang Bucks loyalty dollars (you must be a Boomerang Books Account Holder - it's free to sign up and there are great benefits!)

Joseph E. Stiglitz was Chairman of the President's Council of Economic Advisers 1995-7 and Chief Economist at the World Bank 1997-2000. He is currently University Professor at Columbia University, teaching in the Department of Economics, the School of International and Public Affairs, and the Graduate School of Business. He is also the Chief Economist of the Roosevelt Institute and a Corresponding Fellow of the Royal Society and the British Academy. He won the Nobel Prize for Economics in 2001 and is the bestselling author of Globalization and Its Discontents, The Roaring Nineties, Making Globalization Work, Freefall, The Price of Inequality and The Great Divide, all published by Penguin.

A Preview for this title is currently not available.
More Books By Joseph Stiglitz
View All