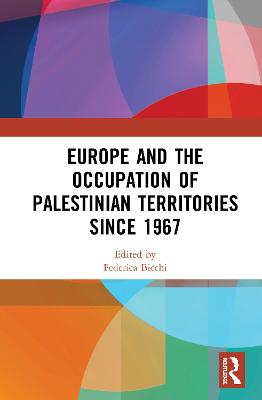 Europe and the Occupation of Palestinian Territories Since 1967

Focusing on key countries and topics, this book looks at Europe's involvement in the occupation of Palestinian territories.

What has been Europe's role in the occupation of Palestinian territories since 1967? How have European actors responded, countered and/or supported the occupation? The international context of this exceptionally long occupation shows a complex web of denunciations, but also and especially complicit engagements and indifference. The book looks at the perspective of international law, before analysing the European Union and key European countries (France, Germany, Norway, Sweden, United Kingdom). It also embraces different perspectives, from the debate on campus to the role of European multinational companies to the conceptual approach of the World Bank. While much of the literature focuses on Israel, Palestine and the United States, this volume by leading experts adds a very important piece to the puzzle: the European dimension.

The chapters in this book were originally published as a special issue of the journal, Global Affairs.

Buy Europe and the Occupation of Palestinian Territories Since 1967 by Federica Bicchi from Australia's Online Independent Bookstore, Boomerang Books.

» Have you read this book? We'd like to know what you think about it - write a review about Europe and the Occupation of Palestinian Territories Since 1967 book by Federica Bicchi and you'll earn 50c in Boomerang Bucks loyalty dollars (you must be a Boomerang Books Account Holder - it's free to sign up and there are great benefits!)


A Preview for this title is currently not available.
More Books By Federica Bicchi
View All