The Crisis of the Thirty Years War

A new analysis of one of the most calamitous conflicts in European history. 'War,' wrote Cardinal Richelieu, 'is one of the scourges with which it has pleased God to afflict men'. Yet the prelate's mournful observation scarcely begins to encapsulate the full complexity and unspeakable horror of the greatest man-made calamity to befall Europe before the twentieth century. Claiming far more lives proportionately than either the First or Second World Wars, it was a contest involving all the major powers of Europe, in which vast mercenary armies extracted an incalculable toll upon helpless civilian populations as their commanders and the men who equipped them frequently grew rich on the profits. Swedish troops alone are said to have destroyed some 2,000 German castles, 18,000 villages and 1,500 towns, while other vast armies in the pay of Spain, France, the Holy Roman Emperor and a host of pettier princelings brought death to as many as 8 million souls. Rarely has such a perplexing tale been more in need of a new account that is both compelling and informed, and no less comprehensible than comprehensive. AUTHOR: John Matusiak studied at the universities of London and Sussex before embarking upon a teaching career that eventually spanned more than thirty years. For over a third of that time, he was Head of the History Department at Colchester Royal Grammar School, founded by Henry VIII in 1539. He is the acclaimed author of Henry VIII (THP, 2012), Wolsey (THP, 2013) and The Prisoner King (THP, 2017). 20 colour illustrations

Other Editions - Europe in Flames by John Matusiak 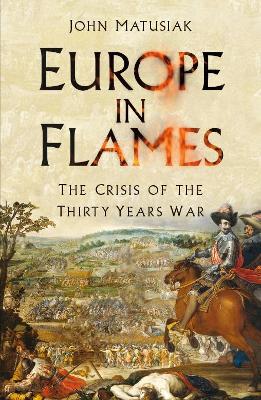 » Have you read this book? We'd like to know what you think about it - write a review about Europe in Flames book by John Matusiak and you'll earn 50c in Boomerang Bucks loyalty dollars (you must be a Boomerang Books Account Holder - it's free to sign up and there are great benefits!)