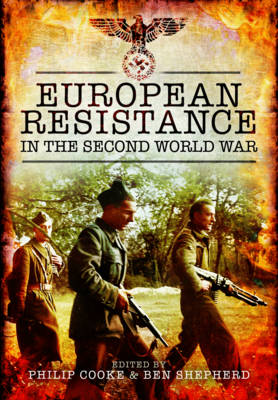 Resistance to German-led Axis occupation occurred all the way across the European continent during the Second World War. It took a wide range of forms non-cooperation and disinformation, sabotage, espionage, armed opposition and full-scale partisan warfare. It is an important element in the experience and the national memory of the peoples who found themselves under Axis government and control. For over thirty years there has been no systematic attempt to give readers a panoramic yet detailed view of the make-up, actions and impact of resistance movements from Scandinavia down to Greece and from France through to Russia. This authoritative and accessible survey, written by a group of the leading experts in the field, provides a reliable, in-depth, up-to-date account of the resistance in each region and country along with an assessment of its effectiveness and of the Axis reaction to it. An extensive introduction by the editors Philip Cooke and Ben H. Shepherd draws the threads of the varied movements and groups together, highlighting the many differences and similarities between them. The book will be a significant contribution to the frequently heated debates about the importance of individual resistance movements. It will be thought-provoking reading for everyone who is interested in or studying occupied Europe during the Second World War. SELLING POINTS: . Comprehensive overview of resistance to German occupation across Europe during the Second World War . Looks at resistance in all its forms, from non-cooperation to partisan warfare . Assesses the actions and the impact of resistance and the German reaction to it . Gives a fascinating insight into the experience of occupation 30 illustrations

» Have you read this book? We'd like to know what you think about it - write a review about European Resistance in the Second World War book by Philip Cooke and you'll earn 50c in Boomerang Bucks loyalty dollars (you must be a Boomerang Books Account Holder - it's free to sign up and there are great benefits!)

Dr Philip Cooke is senior lecturer in the School of Humanities at the University of Strathclyde. He is the author of many works on the Italian resistance, including The Italian Resistance: An Anthology and The Legacy of the Italian Resistance. He is also joint editor of the quarterly journal Modern Italy. Dr Ben Shepherd is a reader in history at Glasgow Caledonian University. He specialises in the military history of Germany and Austria during the first half of the 20C, with particular focus on the origins and conduct of counter-insurgency warfare. He is the author of War in the Wild East: The German Army and Soviet Partisans and Terror in the Balkans: German Armies and Partisan Warfare. He is also co-editor of the edited collection War in a Twilight World.

A Preview for this title is currently not available.
More Books By Philip Cooke
View All