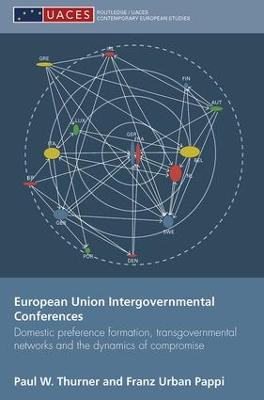 Domestic preference formation, transgovernmental networks and the dynamics of compromise

This book provides a detailed examination of the complex negotiation processes surrounding intergovernmental conferences in the European Union.

Since the Treaty of Amsterdam (1997) and its 'appendix', the Treaty of Nice in 2002, any reform of the constitutional framework of the European Union experiences formidable difficulties. By presenting an extensive study of the Intergovernmental Conference of 1996/7 prior to the Treaty of Amsterdam, the authors argue that these negotiations reveal major challenges of European integration. They contend that multi-level negotiations require an appropriate coordination of informal administrative networks and the empowerment of administrative leadership, with these factors significantly shaping the dynamics and outcomes of negotiations. Through these findings, this book lays down the foundation for future evidence-based support and evaluation of multilateral negotiations, and delivers new insights on decision-making within the European Union. It draws on advanced statistical methods and network analysis. 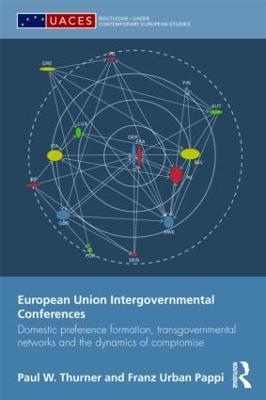 » Have you read this book? We'd like to know what you think about it - write a review about European Union Intergovernmental Conferences book by Paul W. Thurner and you'll earn 50c in Boomerang Bucks loyalty dollars (you must be a Boomerang Books Account Holder - it's free to sign up and there are great benefits!)

A Preview for this title is currently not available.
More Books By Paul W. Thurner
View All