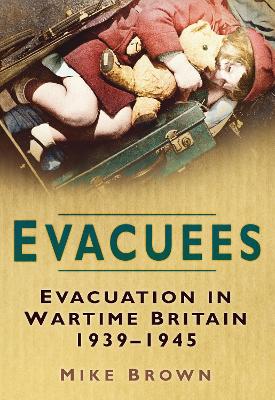 As the last days of peace ebbed away in 1939 and the outbreak of the Second World War appeared inevitable, a massive exodus took place in Britain: nearly two million civilians, most of them children, were taken from the cities, industrial towns and ports to the relative safety of the British countryside. For many of these bewildered children this was the first time away from their families or even their own home town. But for overseas British nationals evacuacted to the mother country from the Channel Islands and Gibraltar, the shock of the upheaval was great indeed. Carrying pitifully few belongings, they had no idea where they were being sent - for many it was the beginning of a great adventure, for some a nightmare. Mike Brown combines factual narrative with contemporary eyewitness accounts and oral history extracts to investigate the phenomenon of evacuation in Britain during the Second World War. Illustrated with a variety of contemporary photographs and ephemera, Evacuees provides a fascinating, amusing and sometimes disturbing glimpse of how children and adults coped with the trials and tribulations of evacuation. It will appeal to anyone who is interested in reading about life on the Home Front during the Second World War, and especially to anyone who was an evacuee.

Other Editions - Evacuees by Mike Brown 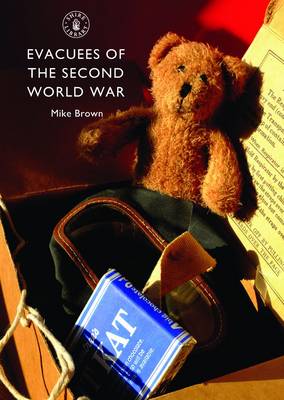 » Have you read this book? We'd like to know what you think about it - write a review about Evacuees book by Mike Brown and you'll earn 50c in Boomerang Bucks loyalty dollars (you must be a Boomerang Books Account Holder - it's free to sign up and there are great benefits!)

MIKE BROWN is an authority on the British Home Front of the Second World War. Mike has written Put That Light Out, and A Child's War, all for Sutton Publishing. He lives in London.

A Preview for this title is currently not available.
More Books By Mike Brown
View All

The REAL Perspective: Secret Investments Your Financial Advisor Won't Tell You About
$31.67 $35.19