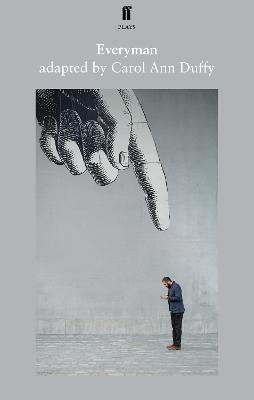 Everyman is successful, popular and riding high when Death comes calling. Forced to abandon the life he has built, he embarks on a last, frantic search to recruit a friend, anyone, to speak in his defence. But Death is close behind, and time is running out.

One of the great primal, spiritual myths, Everyman asks whether it is only in death that we can understand our lives. A cornerstone of English drama since the 15th century, this new adaptation by Poet Laureate Carol Ann Duffy was presented at the National Theatre, London, in April 2015.

» Have you read this book? We'd like to know what you think about it - write a review about Everyman book by Carol Ann Duffy and you'll earn 50c in Boomerang Bucks loyalty dollars (you must be a Boomerang Books Account Holder - it's free to sign up and there are great benefits!)

Carol Ann Duffy is Poet Laureate and Professor of Contemporary Poetry at Manchester MetropolitanUniversity, where she is also Creative Director of the Writing School. Her poetry for both children and adultshas received many awards, most recently the Costa Poetry Award for The Bees (2011). She was awarded thePEN Pinter Prize in 2012 and Ritual Lighting (Laureate Poems) was published in 2014. Her other work for theatre, published by Faber, includes Grimm Tales, Beasts and Beauties and Rats' Tales.