Everything Begins and Ends at the Kentucky Club

Winner of the 2013 PEN/Faulkner Award for Fiction!Benjamin Alire Saenz's stories reveal how all bordersÃ‚ real, imagined, sexual, human, the line between dark and light, addict and straightÃ‚ entangle those who live on either side. Take, for instance, the Kentucky Club on Avenida Juarez two blocks south of the Rio Grande. It's a touchstone for each of Saenz's stories. His characters walk by, they might go in for a drink or to score, or they might just stay there for a while and let their story be told. Saenz knows that the Kentucky Club, like special watering holes in all cities, is the contrary to borders. It welcomes Spanish and English, Mexicans and gringos, poor and rich, gay and straight, drug addicts and drunks, laughter and sadness, and even despair. It's a place of rich history and good drinks and cold beer and a long polished mahogany bar. Some days it smells like piss. "I'm going home to the other side." That's a strange statement, but you hear it all the time at the Kentucky Club.Benjamin Alire Saenz is a highly regarded writer of fiction, poetry, and children's literature. Like these stories, his writing crosses borders and lands in our collective psyche. Poets & Writers Magazine named him one of the fifty most inspiring writers in the world. He's been a finalist for the Los Angeles Times Book Prize and PEN Center's prestigious award for young adult fiction. Saenz is the chair of the creative writing department of University of Texas at El Paso.Awards:PEN/Faulkner Award for FictionLambda Literary AwardSouthwest Book Award

Buy Everything Begins and Ends at the Kentucky Club by Benjamin Alire Saenz from Australia's Online Independent Bookstore, Boomerang Books.

» Have you read this book? We'd like to know what you think about it - write a review about Everything Begins and Ends at the Kentucky Club book by Benjamin Alire Saenz and you'll earn 50c in Boomerang Bucks loyalty dollars (you must be a Boomerang Books Account Holder - it's free to sign up and there are great benefits!)

Benjamin Alire SÃ¯Â¿Â½enz was born in 1954 in Old Picacho, a small farming village outside of Las Cruces, New Mexico, forty-two miles north of the U.S. / Mexico border. He was the fourth of seven children and was brought up in a traditional Mexican-American Catholic family. He entered the seminary in 1972, a decision that was as much political as it was religious. After concluding his theological studies at the University of Louvain, he was ordained a Catholic priest. Three and a half years later, he left the priesthood. At the age of 30, he entered the University of Texas at El Paso. He later received a fellowship at the University of Iowa. In 1988, he received a Wallace E. Stegner Fellowship in poetry from Stanford University. In 1993, he returned to the border to teach in the bilingual MFA program at UTEP. SÃ¯Â¿Â½enz is the author of a previous book of poetry, Calendar of Dust, which won an American Book Award. Cinco Puntos published two of his other books of poetry called Elegies in Blue and the now out of print, Dark and Perfect Angels. His most recent book of poetry, The Book of What Remains, was published by Copper Canyon Press in 2010. He is the author of numerous novels, books for children and young adults as well as a previous collection of short stories. His award winning young adult novels are Sammy & Juliana in Hollywood, He Forgot to Say Goodbye, and Last Night I Sang to the Monster. His adult novels include Carry Me Like Water, The House of Forgetting, In Perfect Light, and Names on a Map. 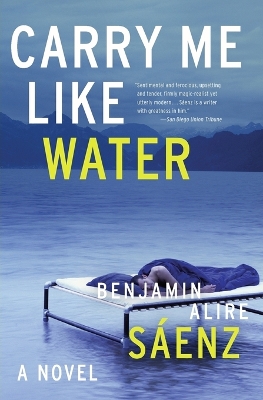 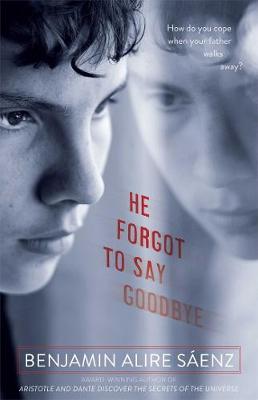