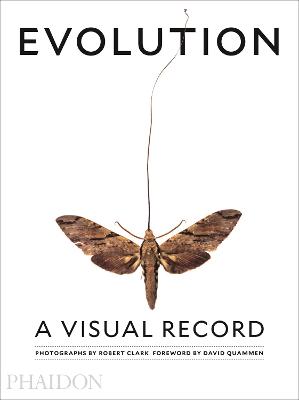 Stunning images to reawaken us to the scientific process that drives the amazing diversity of life on earth Evidence of evolution is everywhere. Through 200 revelatory images, award-winning photographer Robert Clark makes one of the most important foundations of science clear and exciting to everyone. Evolution: A Visual Record transports readers from the near-mystical(human ancestors) to the historic (the famous 'finches' Darwin collected on the Galapagos Islands that spurred his theory); the recently understood (the link between dinosaurs and modern birds) to the simply astonishing.

» Have you read this book? We'd like to know what you think about it - write a review about Evolution: A Visual Record book by Robert Clark and you'll earn 50c in Boomerang Bucks loyalty dollars (you must be a Boomerang Books Account Holder - it's free to sign up and there are great benefits!)

Robert Clark is an award-winning photographer whose magazine work includes more than forty stories for National Geographic. Clark's photographs appear in several notable books, such as Friday Night Lights, First Down Houston, and Feathers: Displays of Brilliant Plumage. His photographs documenting the September 11, 2001 terrorist attacks are some of the most widely reproduced images of the event and are part of the collections of many museums and archives. Clark lives in Brooklyn, New York. David Quammen is an acclaimed science, nature, and travel writer. He is the author of fifteen books and hundreds of articles. According to the New York Times, Quammen is "not just among our best science writers but among our best writers, period." Joseph Wallace is the author of more than a dozen books on nature and the environment(including A Gathering of Wonders: Behind the Scenes at the American Museum of Natural History), baseball, and other topics. He is also the author of three novels (including the ecological thrillerInvasive Species) and several short stories.

A Preview for this title is currently not available.
More Books By Robert Clark
View All