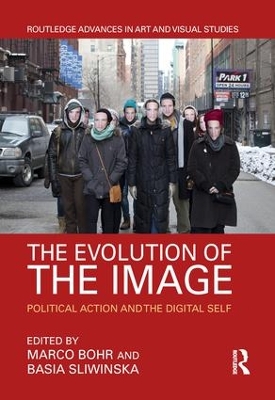 The Evolution of the Image

Political Action and the Digital Self

Description - The Evolution of the Image by Marco Bohr

This volume addresses the evolution of the visual in digital communities, offering a multidisciplinary discussion of the ways in which images are circulated in digital communities, the meanings that are attached to them and the implications they have for notions of identity, memory, gender, cultural belonging and political action. Contributors focus on the political efficacy of the image in digital communities, as well as the representation of the digital self in order to offer a fresh perspective on the role of digital images in the creation and promotion of new forms of resistance, agency and identity within visual cultures.

Buy The Evolution of the Image by Marco Bohr from Australia's Online Independent Bookstore, Boomerang Books.

Other Editions - The Evolution of the Image by Marco Bohr Book Reviews - The Evolution of the Image by Marco Bohr

» Have you read this book? We'd like to know what you think about it - write a review about Evolution of the Image book by Marco Bohr and you'll earn 50c in Boomerang Bucks loyalty dollars (you must be a Boomerang Books Account Holder - it's free to sign up and there are great benefits!)

Marco Bohr is the Postgraduate Programme Director for the Arts at Loughborough University, UK. Marco has contributed to a number of edited volumes such as The Contemporary Visual Studies Reader, Frontiers of Screen History, On Perfection and Films on Ice: Cinemas of the Arctic, as well as the book series Directory of World Cinema and the book series World Film Locations. Basia Sliwinska is a Senior Lecturer in Cultural and Historical Studies at the University of the Arts London, UK. Her research is situated within feminist art history and critical theory and focuses on concepts of the body, activism, gender and citizenship within contemporary women's art practice. Recent publications include: the book The Female Body in the Looking-Glass: Contemporary Art, Aesthetics and Genderland (I.B. Tauris, 2016); the co-edited (with Dr Marco Bohr) chapter `Edge Effect: New Image Formations and Politics of Identity' (in Mediated Intimacies, Routledge, 2017); and the co-edited special issue of Third Text: `Trans-figurations: Transnational Perspectives on Domestic Spaces' (2016).

A Preview for this title is currently not available.
More Books By Marco Bohr
View All