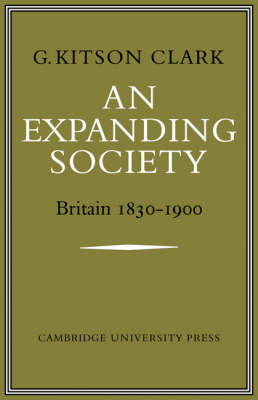 Dr Kitson Clark describes the expansion and structural change of society in Great Britain under the impact of the population explosion, the Industrial Revolution and the 'liberal revolution'. This expanding society overflowed into North America, Australia and New Zealand carrying with it British culture and British problems. In Britain and overseas, conflict arose between this society and the people and institutions representing the habits and classes that were in control before the expansion began. The author analyses the origins of the problem of Imperialism and the fate of so-called Liberalism in Great Britain. The last section is devoted to a discussion of the varied intellectual and spiritual life stimulated by the forces of expansion - Romanticism and the Evangelical Revival. The final chapter deals with the increase in the regulative powers of the state and its increasing range of responsibilities.

» Have you read this book? We'd like to know what you think about it - write a review about Expanding Society: Britain 1830-1900 book by G. S. R. Kitson-Clark and you'll earn 50c in Boomerang Bucks loyalty dollars (you must be a Boomerang Books Account Holder - it's free to sign up and there are great benefits!)