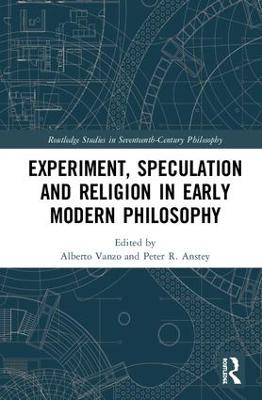 The first six chapters of the book focus on the respective roles of experimental and speculative philosophy in individual seventeenth-century philosophers. They include Francis Bacon, Robert Boyle, Margaret Cavendish, Thomas Hobbes, John Locke and Isaac Newton. The next two chapters deal with the relation between experimental philosophy and religion with a special focus on hypotheses and natural religion. The penultimate chapter takes a broader European perspective and examines the paucity of concerns with religion among Italian natural philosophers of the period. Finally, the concluding chapter draws all these individuals and themes together to provide a critical appraisal of recent scholarship on experimental philosophy.

» Have you read this book? We'd like to know what you think about it - write a review about Experiment, Speculation and Religion in Early Modern Philosophy book by Alberto Vanzo and you'll earn 50c in Boomerang Bucks loyalty dollars (you must be a Boomerang Books Account Holder - it's free to sign up and there are great benefits!)


A Preview for this title is currently not available.
More Books By Alberto Vanzo
View All